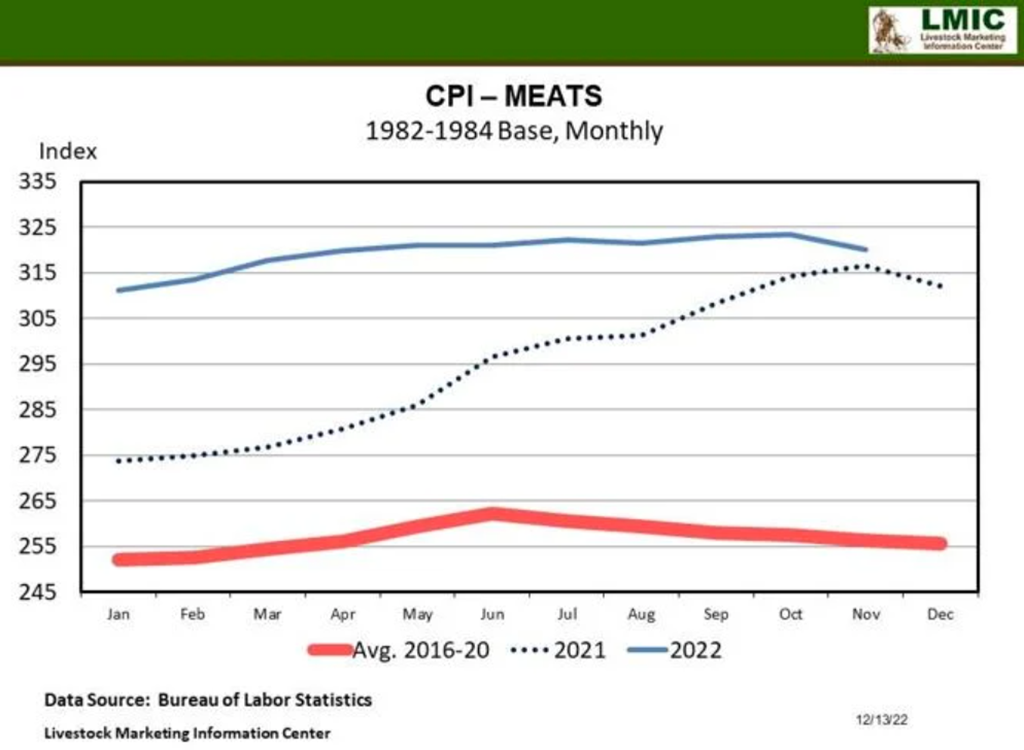 November Consumer Price Index (CPI) was released last week which was 7.1% above a year ago, a slight cooling of inflation from the prior month’s 7.7%, but still well above the target of 2%. The meats CPI data was up 1.1% from the previous year, a much slower rate compared to the double-digit rates that were seen at the beginning of the year. Poultry CPI continues to track well above last year at 13.1%, a continuation of strong double-digit growth in poultry. In fact, January was the only month that did not see double digit growth (9.8%). The uncertainty surrounding Highly Pathogenic Avian Influenza will likely influence poultry prices in the near term.

Poultry prices moved slightly lower in November compared to the prior month. The retail chicken price (whole fresh) was $1.84 per pound, down 1.1% from October but 16.4% above the month last year. The broiler composite retail price fell less than one percent from the prior month (0.6%) to $2.52 per pound but rose 14.1% from a year ago. November prices for bone-in legs rose 16.8% from a year ago to $2.02 per pound, which was a record, while boneless chicken breast rose 22.2% to $4.42. Eggs reached a new record price of $3.59 per dozen, more than double what prices were a year ago.