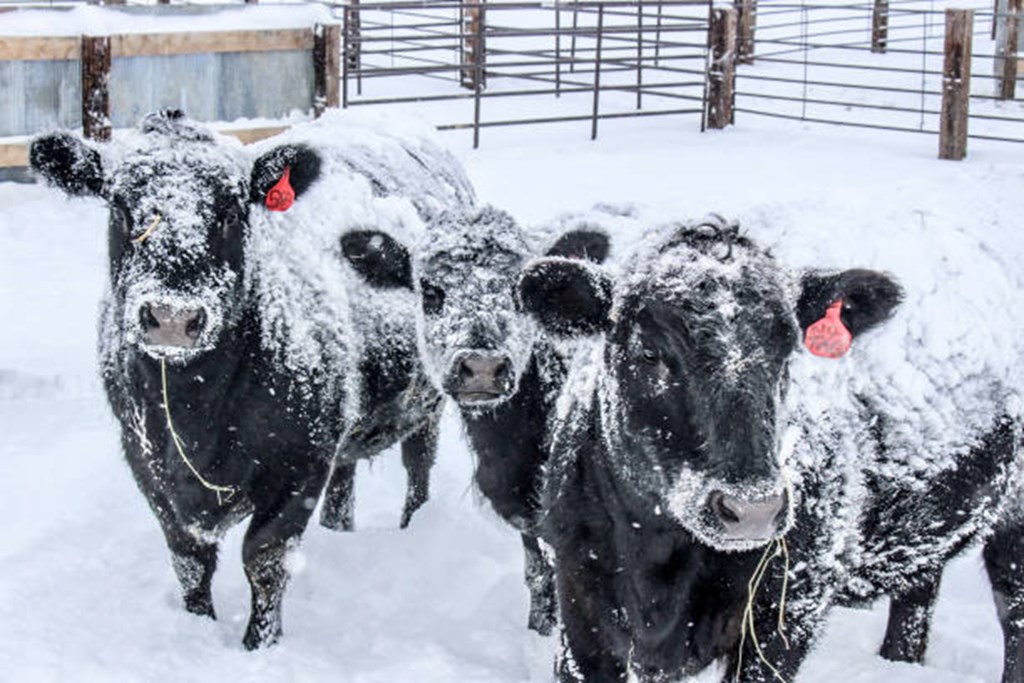 CHICAGO, Dec 22 (Reuters) - Tyson Foods Inc said it suspended and reduced operations at some U.S. meat facilities on Thursday due to a massive winter storm, while farmers increased checks on livestock facing harsh winds and cold.

The extreme weather presented a temporary challenge to food production after consumers grappled this year with soaring inflation, supply-chain shortages and drought that seared farmland in the western United States.

Tyson, which sells beef, pork and chicken and is the largest U.S. meat producer by sales, said it scaled back operations to protect employees and animals.

"We are in close contact with our customers to minimize disruption and continue to fulfill customer orders," the company said.

In Kansas, the third-largest U.S. cattle state behind Texas and Nebraska, the National Weather Service warned of "dangerously cold" wind chills reaching -40 Fahrenheit (-40 Celsius), though temperatures were expected to rise on Friday.

Ranchers were constantly checking their cattle to make sure they were not in distress and had access to water that was not frozen, said Kansas Farm Bureau spokesman Greg Doering.

"They will make it through," Doering said about cattle. "This is an extreme event but it's going to be short lived."

In Douglas, North Dakota, farmer Daryl Lies said his family used farm machinery and snow blowers to clear paths between four-foot-tall snow drifts so their cattle could reach water, hay and shelter. They kept a close eye on hog barns to make sure animals inside remained warm.

"It's 20 below without the windchill right now, and we’re better off than some," said Lies, president of the North Dakota Farm Bureau. "These winds will suck a lot of heat out fast."

Farmers showed little interest in making new deals to sell corn and soybeans, and were not delivering crops due to the bad weather, grain dealers said.

Wheat farmers in the central Plains worried that frigid temperatures may kill or damage dormant crops that lack a protective layer of snow.