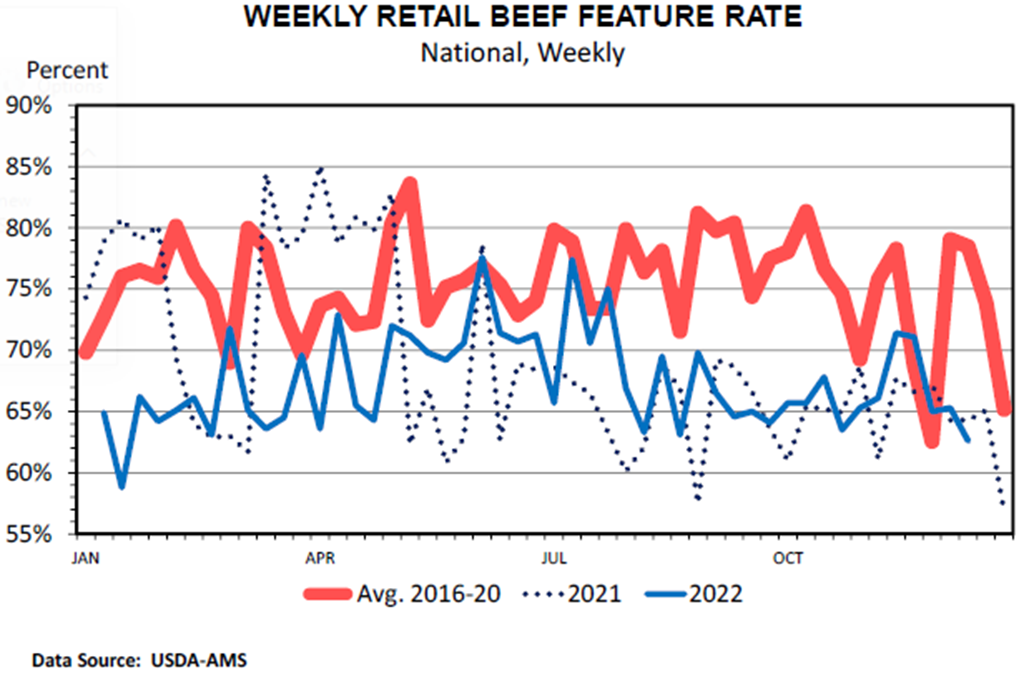 The holiday season will be coming to a close in a matter of weeks and retail feature rate activity for beef has turned lower. According to the USDA AMS weekly beef retail feature activity report (LSWBFRTL) last week was 62.6% which is down from 65% over the previous two weeks and below 71% leading up to Thanksgiving week. USDA AMS defines the feature rate as, “the amount of sampled stores advertising any reported beef item during the current week, expressed as a 'percentage of the total sample.” In December, the weekly feature rate can vary but historically it has tracked lower to close the year which is the pattern this year appears to be following.

The most recent report from December 9, 2022, noted that ad space saw more features of the rib and round, “as retailers prepare for consumers to feature beef on their tables for the upcoming holidays.” Since the first week of October, the rib primal value has been on a pattern similar to the five-year average. In early October, the rib value was $4.03 per pound and rose to $5.15 per pound the first week of December, but last week the rib fell slightly to $5.05 per pound. The round primal value has been under pressure since last October when prices went from $2.27 per pound to $1.90 last week, a 16% decline in six weeks. In recent weeks, values for the chuck, flank, plate, and brisket have been tracking lower while the loin value has been holding steady.