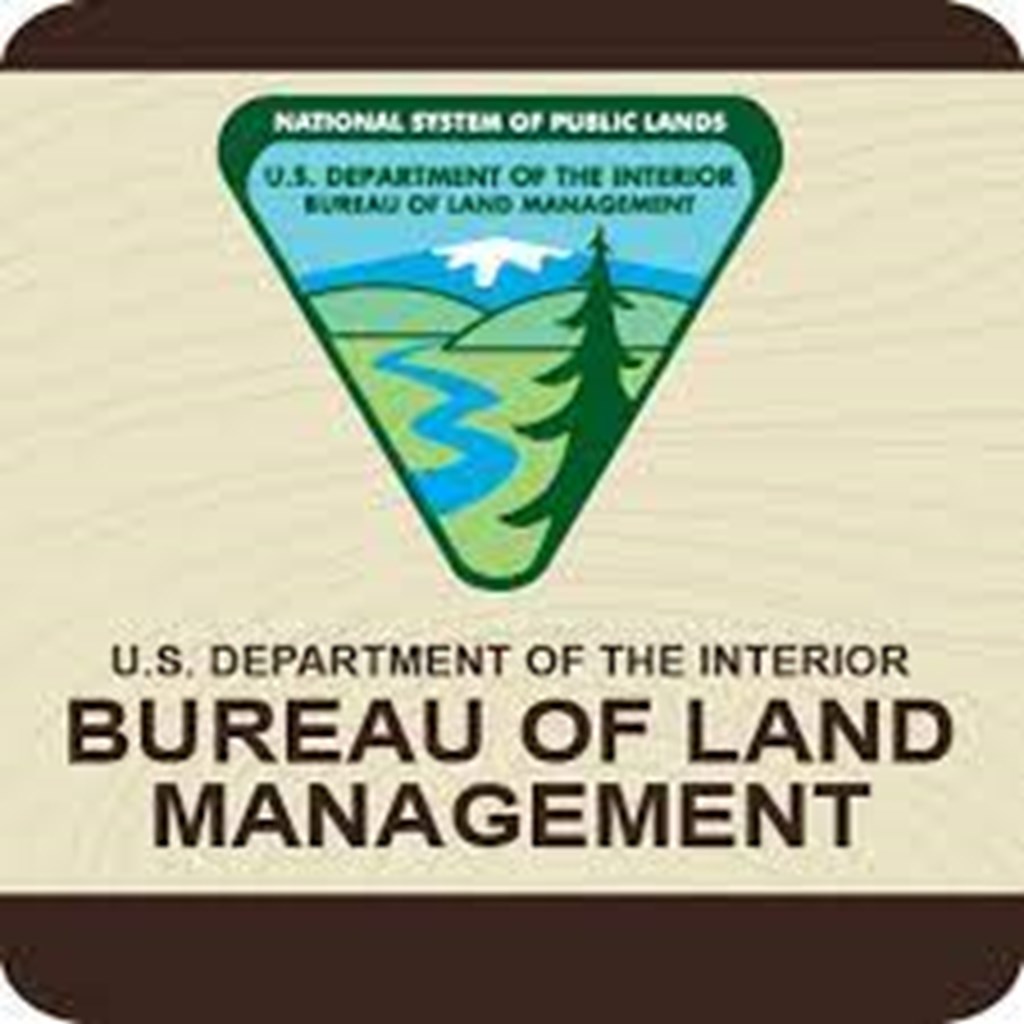 For the first time in almost three decades, the Bureau of Land Management is preparing a new rule to guide its management of cows and other livestock grazing on federal lands, a long divisive issue that has only grown more contentious in the West after two decades of drought.

But advocates on both sides expressed skepticism that BLM’s update, which is expected to be released in draft form early next year, will include sweeping changes to the current regulations in place since 1995.

That would be just fine with the livestock industry, ranchers and some local government leaders who say BLM has begun reaching out to them for input over the past several weeks. Industry advocates say they have emphasized that the current regulatory system on 150 million acres of BLM-managed lands provides a solid partnership between the regulators and ranchers that has worked for decades.

In contrast, leaders with several conservation groups active on the grazing issue report BLM has not contacted them about their proposal. These groups have long argued cattle and sheep grazing plays an outsize role in rangeland degradation that must be addressed as the climate warms and drought conditions persist.

The stakes are high as a changing climate, drought and a near year-round wildfire season are making it increasingly difficult for federal rangelands to support a multiple range of uses, much less support wildlife.

Not only is the issue complicated, it’s also fraught with political peril, and BLM over the years has sought to strike a careful balance with the ranching community. That’s been particularly true since the 2014 armed standoff between law enforcement and ranchers and militia groups in Nevada when the bureau unsuccessfully attempted to remove hundreds of cattle owned by rancher Cliven Bundy that were illegally grazing on federal lands.

Environmental groups have proposed what they say would be significant improvements to how BLM manages federal rangelands. While they remain hopeful, several people active on the issue said they’re not expecting BLM to change much in how it regulates grazing activity.

“My expectation is that the BLM will not address the primary problems with the grazing program in a way that will be meaningful or actually require any action to make changes,” said Josh Osher, public policy director for the Western Watersheds Project, which opposes large-scale grazing on federal lands.

“What they will probably do is maintain policies that allow almost complete control by state offices and local managers, which means that any changes will be scattershot, inconsistent and not durable,” he said.

BLM has not said much publicly about the rule or the process to develop a draft proposal, which was put on the White House’s list of 2022 regulatory priorities in June (Greenwire, June 22).

Last spring, the bureau hired Errol Rice, a Montana native who has previously worked for the National Cattlemen’s Beef Association and the Montana Stockgrowers Association, to serve as a senior adviser to BLM Director Tracy Stone-Manning and act as a liaison between the bureau and the ranching community.

In response to questions, a BLM spokesperson in an email said the proposed livestock rule will be ready sometime in 2023 and noted that the bureau is working with 41 cooperating agencies across 13 states, including state and local governments, as well as conservation districts. The draft environmental impact statement will also incorporate comments from “a broad range of stakeholders and the public,” said Brian Hires, the bureau press secretary, when asked if conservationists were being consulted.

“Our goal is to have more tools available for the grazing community to improve rangeland health, encourage resilient landscapes, and provide more flexible responses for changing resource and climatic conditions, such as drought,” Hires said.

People who have been consulted by BLM said that bureau officials told them a draft proposal likely would be unveiled for public comment in January.

“We will be hopefully working with BLM to review and develop the preferred alternative” in a draft rule, said Joel Bousman, a Wyoming rancher and county commissioner in Sublette County, Wyo., which is a formal cooperating agency on development of the rule.

Stone-Manning has said publicly she wants the new rule to provide flexibility to allow BLM to alter individual grazing permit activity to address real-time impacts to rangelands associated with climate warming. This could include changes to seasonal grazing.

In March, Stone-Manning told the Public Lands Council that the new grazing rule — as well as a separate evaluation on managing greater sage grouse — would focus on helping federal rangelands become more “resilient” to climate warming and the ongoing severe drought gripping much of the West.

Stone-Manning also promised that BLM would work with the livestock industry and other stakeholders on the rule. But she also made it clear that BLM’s rationale for the rule update, begun three years ago during the Trump administration, is at least in part designed to get out in front of these climate-driven changes.

“The one thing I don’t want to see is a Washington, D.C., one-size-fits-all decision for everyone, because that doesn’t fit,” Bousman said.

The feedback he said his county has received so far from BLM indicates that the bureau wants to work with livestock grazing permittees and is leaning toward a kind of performance-based system that encourages good stewardship of the land.

“If they would promote responsible grazing practices, that’s something the livestock industry would fully support,” he said.

If BLM is sincere about making rangelands more resilient to the impacts of climate change, then no less than an overhaul of livestock grazing regulation on federal lands is needed, environmental groups say.

“The biggest problem on Western public lands right now is that BLM is not evaluating the rangeland health of the public lands prior to allowing livestock grazing to continue,” said Todd Tucci, a senior attorney with Advocates for the West in Boise, Idaho, which represented the environmental groups challenging the Trump-era grazing plan at the BLM-managed San Pedro Riparian National Conservation Area in Arizona.

“This rule has to prioritize full permit processing in important landscapes prior to issuing new grazing permits,” Tucci said. “It is a slow motion disaster when BLM stops monitoring, they close their eyes to the current context, and they continue to allow livestock grazing” without “accounting for modern scientific understandings of climate change.”

The Western Watersheds Project was part of a coalition of 18 groups, including the Center for Biological Diversity, that in 2020 submitted to BLM detailed proposals outlining specific issues that they say the bureau needs to correct.

Last spring, the Western Watersheds Project released an online report showing that BLM failed to conduct an environmental analysis before renewing more than half of the grazing permits it approved last year, resulting in degraded rangelands (E&E News PM, March 23).

First and foremost, BLM must adopt “grazing polices that require robust and regular evaluation of grazing allotments for conformance with land health standards and that those standards be updated to include meaningful standards to ensure climate resilience, drought resilience and [the] protection/enhancement of biodiversity,” said Osher, the Western Watersheds Project’s public policy director.

As things stand, Osher said, “BLM really has no idea what the baseline conditions are for the grazing program.”

Fixing this is also one of the top recommendations in the grazing regulation alternative championed by the Center for Biological Diversity.

“The current regulations are heavily tilted to benefit the livestock industry and at the expense of native plants, wildlife and functioning ecosystems,” said Spivak, the center’s public lands program director. “The changes we’re proposing would shift that balance, create more resilient landscapes including taking into consideration drought.”

Other recommendations also include requiring the use of native plant species when repairing heavily grazed areas that are dominated by invasive plant species like cheatgrass and capping the annual consumption of available forage on each allotment.

“Most current BLM grazing authorizations are wholly inconsistent with the most basic principle of range management, which in general states that livestock should utilize (including trampling) no more than 30 percent of available forage each year,” Osher said. “Most current authorizations allow for 60 percent utilization, even during extreme drought conditions. Setting utilization at this level would be a good first step.”

But Osher and others with environmental groups say they remain in the dark over what’s to come.

“We really don’t know what to expect,” Osher said. “At this point, we still have no idea whether our alternative is still going to be considered in the upcoming draft [rule], and have not been offered the opportunity to revise our alternative based on any new direction that the BLM may be taking with the regulations.”