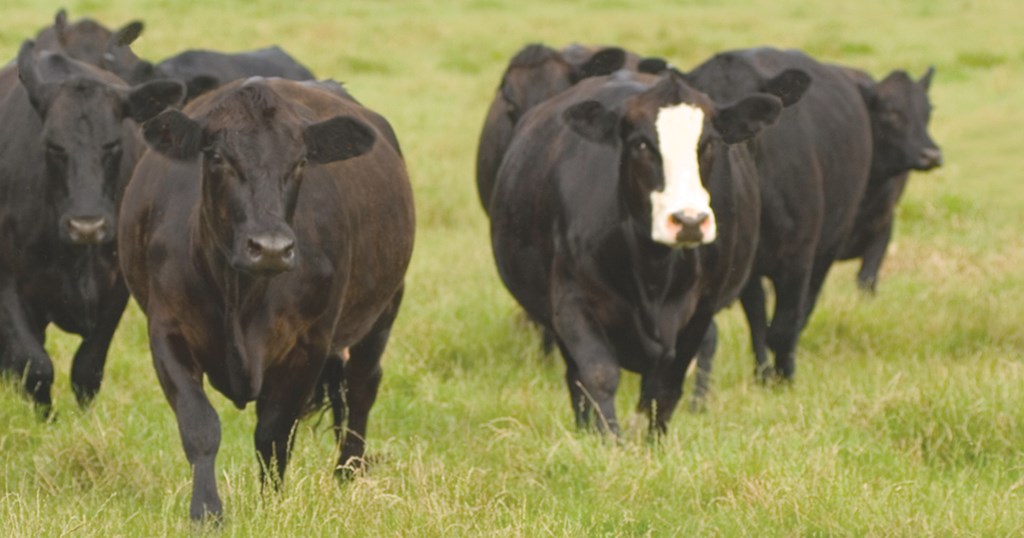 An animal scientist at the Arkansas Agricultural Experiment Station has shown that a common and inexpensive hormone additive may mitigate the ill effects on growth performance of calves born to cows grazed on endophyte-infected fescue pastures during gestation.

Brittni Littlejohn, assistant professor of animal science for the research arm of the University of Arkansas System Division of Agriculture, said fescue is the most common cool-season forage in the southeastern U.S., including Arkansas. Most of that fescue is infected with endophyte fungus, which is beneficial to the grass, but produces ergot alkaloids, organic compounds in plants that are toxic to grazing animals.

Calves born under these conditions are underweight, Littlejohn said. Calves in her study were on average about 90 pounds underweight at weaning. Low weight continues as the calves grow and the differences are maintained through yearling stage, she added.

Fescue growth and concentrations of ergot alkaloids, the toxic compounds in endophyte fungus, peak twice a year, Littlejohn said. Toxicity concentrates as the grass matures and produces seed, and some beef producers avoid the problem by keeping their pregnant cows off fescue pastures during those times. But few producers have that option.

Littlejohn and her collaborators investigated the effects of adding melatonin to supplemental feed for pregnant cows consuming endophyte-infected fescue seed during toxic phases in the pasture grass. Melatonin is a natural product found in plants and animals. In animals, it is released by the pineal gland and is believed to be associated with sleep-wake cycles.

Littlejohn added melatonin to feed containing toxic fescue seed during mid- to late-gestation for test subjects at the Savoy Research Complex Stocker Unit. Other animals received toxic fescue seed without melatonin or were fed only endophyte-free fescue as control subjects to measure the impact of the melatonin. Test subjects at the Arkansas Agricultural Experiment Station’s Savoy Research Complex were fed in a precision agriculture-controlled feeding system.

The melatonin additive tended to improve birth weights and significantly improved weaning and post-weaning weights of calves whose dams consumed toxic fescue during gestation, Littlejohn said. “We were able to recover over 70 percent of the loss in weaning weight by treating pregnant heifers with melatonin.”

Littlejohn stressed that the melatonin was added only to the diets of pregnant heifers during a 70-day window of gestation and not to the calves. But the calves benefitted from the addition to their mothers’ diets with improved weight-gain throughout their development.

“The calves are yearlings now and still showing benefits based on how you treat the mothers,” Littlejohn said.

Littlejohn said her data so far is still preliminary. She has submitted a grant proposal to the U.S. Department of Agriculture for a National Institute of Food and Agriculture seed grant to continue gathering data. “We need to replicate the study to build up the data and confirm our results,” she said.

The proposed NIFA-funded project will be conducted at the experiment station’s Livestock and Forestry Research Station near Batesville.

In the meantime, she has received a provisional patent for the use of melatonin in cows to mitigate the effects of fescue toxicosis during gestation. Parker Cole, associate director of Technology Commercialization for the Arkansas Agricultural Experiment Station, said the provisional patent offers intellectual property rights protection while Littlejohn continues her research.

“We’re the first to investigate this use of melatonin,” Littlejohn said.

Her graduate student Rachel Scott will present this research at the January meeting of the Southern Section of the American Society of Animal Science.

Down the road, Littlejohn wants to develop and evaluate the other methods of administering melatonin for pregnant cows. She anticipates that some methods, like implants, would be relatively inexpensive and only have to be used during gestation and when the endophyte toxin is active.

Littlejohn and her collaborators are also in the process of further evaluating factors that might play a role in calf weight gain results. “Current and ongoing research will evaluate differences in the muscle biology, feed efficiency, metabolism, immune function, and the microbiome to better understand what’s driving the differences in growth rate,” she said.