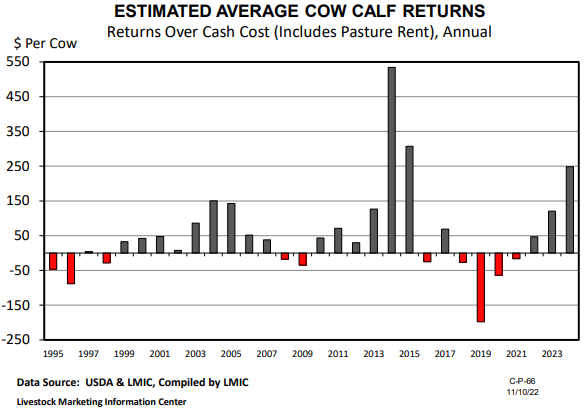 Northern Plains feeder cattle auctions have enjoyed $200+ per cwt prices for calves this fall while the southern tier of the U.S. prices have eased quite a bit lower. 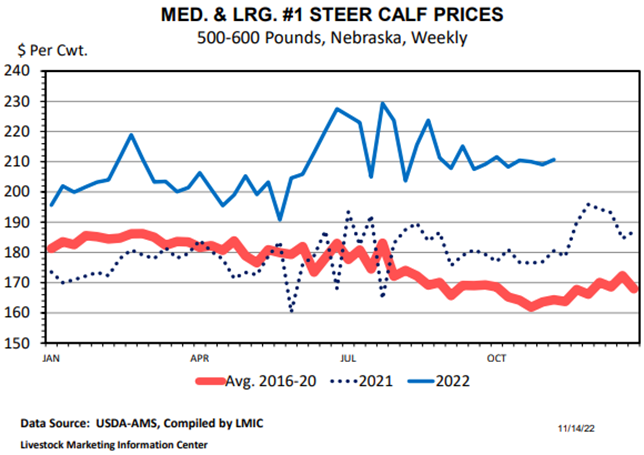 Missouri Combined Auctions hit a nine month low in October, averaging $192 per cwt for 500-600 pound calves. The average in the three months prior was above $200 per cwt. Colorado auctions hit the second lowest point of the year in October at $185 per cwt. but light weights of 300-400, and 400-500 have maintained averages over $200 per cwt for most of the summer and into fall. Kansas combined auctions averaged $187 per cwt in October, the lowest monthly average since June. November appears to be picking up steam, with the first two weeks creeping back above $190 for 500-600 pounds.

Oklahoma combined auctions averaged under $180 per cwt for 500-600 pound steers for the first time since December 2021. Categories of 300-400 pounds steers averaged below $200 per cwt in October for the first time in 10 months. Texas auctions have been lower than most all year for 500-600 pound steers and have yet to have a month average over $200 per cwt. October hit a four month low at $182 per cwt, but the first two weeks of November have been higher pointing to higher averages to come. Lighter steer calves have seen $200+ prices this year, but 400-500 pound steers have been up and down for the last 10 months. Three hundred to 400 pound calves have consistently had months over $200 per cwt for 12 months. 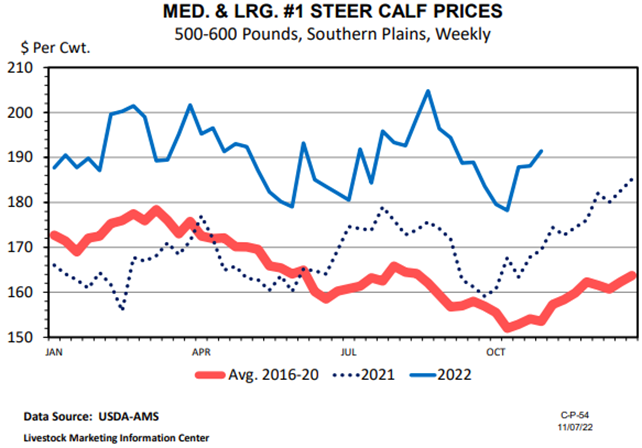 We expect all auctions will see months and quarters over $200 per cwt next year, as feeder cattle supplies tighten over the coming months. USDA NASS’s January 1 inventory will provide key data for the calf crop and expectations moving forward. It also will give a state by state breakdown, pinpointing regional differences. Cow-calf producers are looking at what is shaping up to be a multi-year rally for calf prices, and as long as those prices can stay ahead of costs it should be some very good years to come for cowcalf operators.