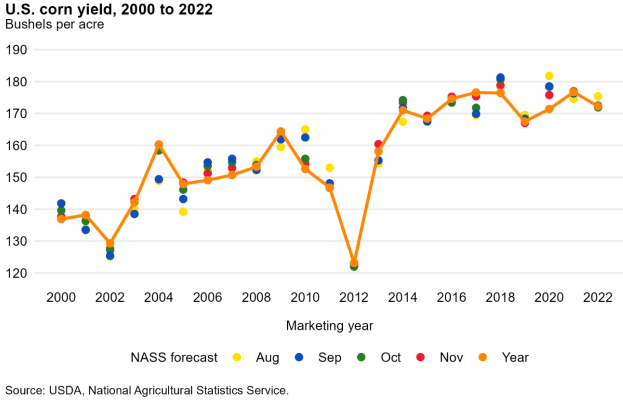 U.S. Corn Production Is Up Slightly on Yield Adjustment

The U.S. corn yield for 2022/23 is projected at 172.3 bushels per acre, based on NASS’s November forecast. This month’s projection is up 0.4 bushels from October but still represents a 4.4 bushel decline from 2021/22. While widespread summer drought pressured yield potential in many States across the western corn belt, upward yield revisions in November in key Midwestern States helped moved the needle on the national average.