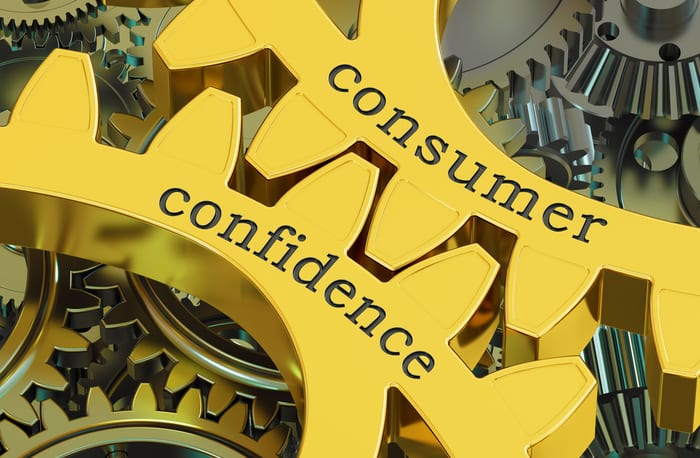 The numbers: Consumer sentiment soured in November, hitting its lowest level since July as Americans contended with continued inflation and a worsening economic outlook.

The University of Michigan’s gauge of the U.S. consumer’s outlook fell 5.2 index points from 59.9 in October.

Economists were expecting a reading of 59.5, according to a Wall Street Journal poll.

Big picture: Inflation eased somewhat in October, but prices for a typical basket of consumer goods are still rising a historically rapid pace even as rising interests rates are weighing on many sectors of the economy.

Fears of a coming recession also weighed on Americans’ confidence about the economy.

“Declines in sentiment were observed across the distribution of age, education, income, geography, and political affiliation, showing that the recent improvements in sentiment were tentative,” wrote Joanne Hsu, director of the survey, in a statement. “Instability in sentiment is likely to continue, a reflection of uncertainty over both global factors and the eventual outcomes of the election.”

Key details: A  gauge of consumer’s views of current conditions fell in November to 57.8 from 65.6 in October, while an indicator of expectations for the next six months fell to 52.7 from 56.2 last month.