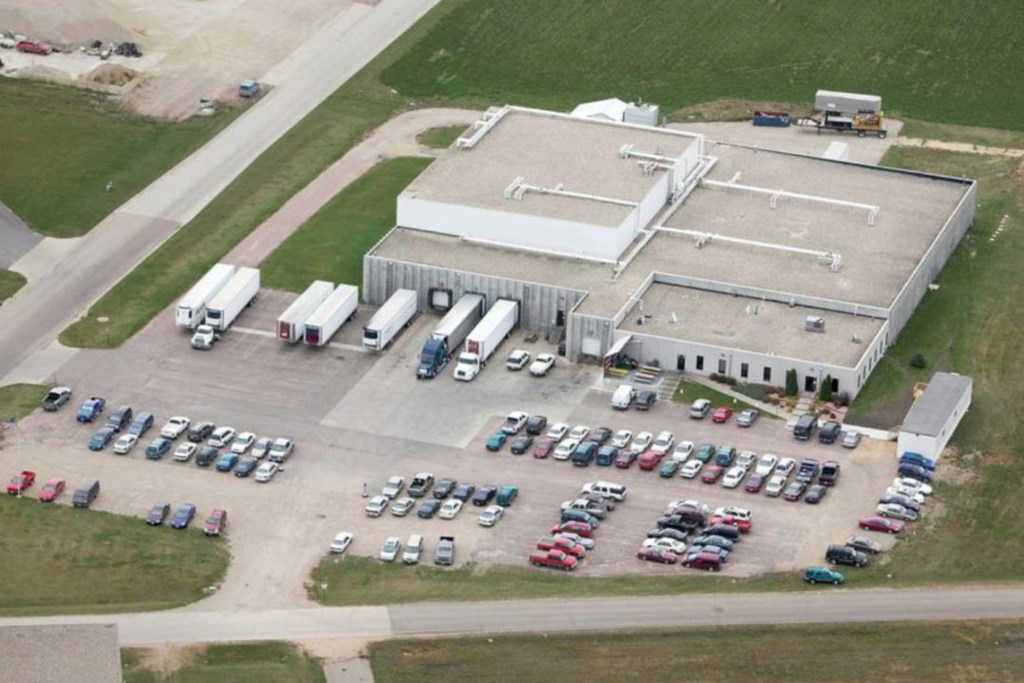 Recently, we tried a package of wagyu pre-made ground beef patties. They were priced right so on to the grill. They were very good.

Where did they come from? Walmart.

It wasn't many years ago one could only buy Select grade beef at Walmart. Reflecting demand for higher quality beef from customers, now they carry lots of Choice and some Prime cuts at Walmart. When I need a Prime brisket for the smoker, the place to find it is Walmart's club division, Sam's Club. Choice may come from there, Walmart, King Sooper (Kroger) or Safeway.

In 2021, we visited with a diversified beef outfit in Augusta, Georgia, FPL Food, that has a purebred cattle operation, a feedlot, a packing plant and, in an unusual twist, also managed a processing plant for Walmart. All of this was designed to take advantage of feed and cattle in Georgia for Southeast retailers and foodservice operations.

Awhile back in this column we covered some of the hurdles smaller packing plants (1,500 head/day) face in competing with the large-scale majors. Those thoughts came from a major packer veteran of Cargill and JBS, Bill Rupp. Rupp has been a consultant on the Sustainable Beef plant project at North Platte, Nebraska. He said that of all the plant proposals he had reviewed in recent years, that one had realistic potential. The participation of local ranchers and feeders in the plant would be critical to its success.

Recently, that potential bore fruit, as two challenges all new plants face got solved for the Sustainable Beef project: capital and key customers. Walmart announced it would take an equity position in the plant. Walmart’s statement specifically mentioned the purpose of the partnership was to source top quality Angus beef.  The company will have a minority stake and representation on the Sustainable Beef board. The project broke ground in September and the plan is to be operational in late 2024. About a fourth of the harvest will be cows.

Lehr told CNBC that Walmart will get the majority of the plant’s output. The size of the company’s investment was not disclosed.

The Sustainable Beef investment also dovetails with Walmart’s environmental and social commitments. By 2030, the retailer, along with the company’s foundation, has pledged to protect, restore or more sustainably manage at least 50 million acres of land and 1 million square miles of ocean by 2030.  It wants to source more sustainable beef by working with ranchers on grazing management and grain sourcing.

It will be interesting to see how the details of those interactions work out.

By contrast, not one of the Big Four but a strong player in processing, American Foods Group, broke ground on a 2,400-head complete harvest and processing facility at Wright City, Missouri. The $800 million plant will be about 30 miles west of greater St. Louis and projects opening by 2024’s end. The company already has four harvest and processing facilities plus two ground beef processing plants and two case-ready processing plants in the Midwest. It is now making a major commitment to Midwest feedyards.

The company flies a little under the radar because it is a privately-owned unit of Rosen Diversified based in Minnesota. American Foods Group headquarters in Green Bay and supplies a full range of beef for foodservice and retail.

American Foods President and COO Steve Van Lannen said the company is responding to beef demand and the need for processing capacity. The company currently has plants in Wisconsin, Minnesota, South Dakota and Nebraska.

Tyson will begin construction this fall on a $200 million expansion and upgrade of its plant at Amarillo, TX. The work will include improved water and energy conservation and efficiency, some automation and for workers, improved safety, ergonomic processes and comfort. Staffing is to remain about the same.

True West’s new plant at Jerome, Id. is slated to be operational yet in 2022. It will eventually handle 1,500 hd./day and is a joint project of AgriBeef and regional ranchers and feeders.

The beef plant whose plans are newest is Producer Owned Beef, projecting a 3,000 hd./day plant near Amarillo. Construction is to begin in 2023 and be operational in late 2025. The plant is to be producer owned. Cattlemen will have to be part-owners of the plant to sell cattle to it and the estimates are 100 cattle operations could participate.

The plant is being designed to treat and use the water to irrigate through center pivots for hay, silage, wheat, etc. for local feeding. Cattlemen from anywhere can invest and sell cattle to the plant but they have to be fed in the Texas, New Mexico and Oklahoma Panhandle area.

Cassie Fish, EVP, said they have had interest from as far away as Canada and Hawaii. The goal is to capture the margin from the processing side to put back into the pockets of cattlemen, local businesses and the plant.

These plants are all operated or planned by experienced industry people. There is another concept being shopped around the High Plains or Mountain region but has not formed into a realistic project yet.

Probably the biggest question about this capacity is how it will fit into a cattle cycle that has pushed expansion back because of drought or at least dryer than normal conditions in much of the West. The next question will have to do with labor to run these plants, as most businesses all up and down the size, type and location range are having difficulty getting people to work, especially if they have to show up in person to do it.

For those questioning the operation of the beef production chain, the sometimes gradual, sometimes sudden response of boxed beef and cattle prices has again been demonstrating that supply and demand still rules. And despite tough times for consumers and the economy in general, beef demand continues to show that people will pay for high quality beef. Exports, despite economic pressure overseas, continue to play an important part in beef’s value chain.

Probably the factor providing the most nervousness in the export situation, is the major participation of China in the global market and the uncertain direction of China’s economy and leadership. President Xi Jinping cemented a third five-year term at the Communist Party’s recent 20th National Congress. He also packed the seven-member Politburo Standing Committee with his people and also loaded the 205-member Politburo with his disciples, while ousting any of China’s past leadership interested in free market approaches or developing the private sector. And to make the point of his dominance, he surprisingly and unceremoniously had his predecessor Hu Jintao, rousted and marched off stage during the closing sessions.