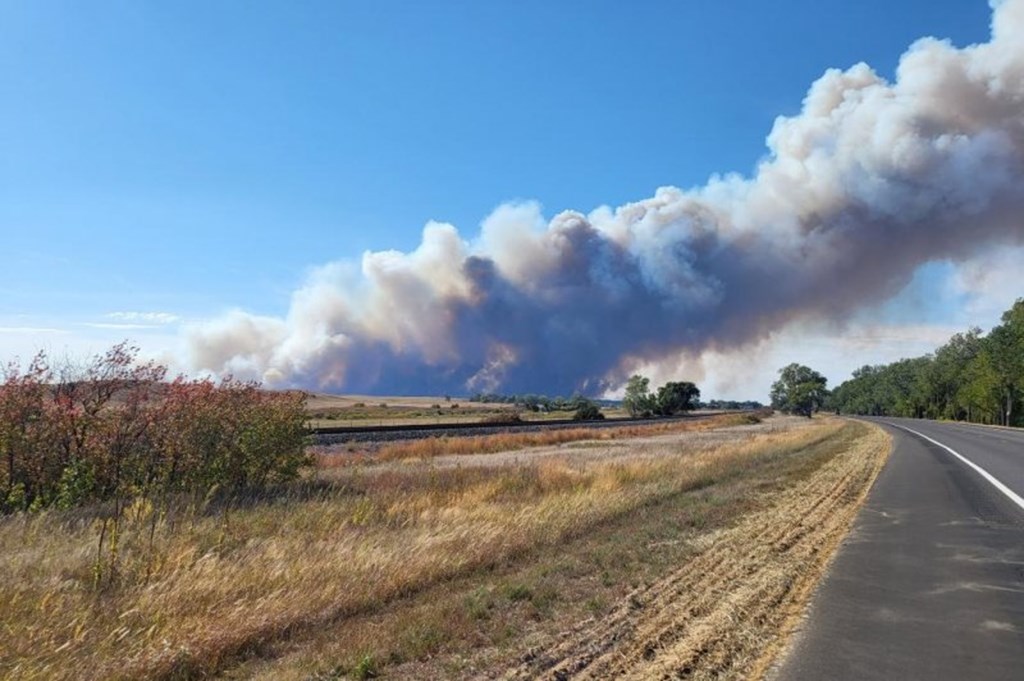 Image of the Bovee Fire burning in the Bessey Ranger District near Halsey, Nebraska.

Oct. 3 (UPI) -- A fast-moving wildfire in central Nebraska burned an estimated 15,000 acres as of Sunday with firefighters continuing to engage the blaze on Monday, forest officials said.

The Bovee Fire started in the Bessey Ranger District inside the Nebraska National Forest in Thomas County and forced evacuations around Halsey and nearby campgrounds.

"Multiple large and single-engine air tankers have been dispatched, and an incident management team has been ordered," Nebraska National Forest and Grasslands said in a statement on Sunday. "Resources from South Dakota State Wildland Fire and the Black Hills National Forest are also on the way, including a dozer.

Authorities said while the fire is contained in the Bessey Ranger District, it remains unpredictable. They suspect the cause was manmade.

"Details are thin as the fire is moving very quickly," Nebraska National Forest officials said on Facebook. "It's apparently jumped Highway 2. Likely human-caused. The campgrounds have been evacuated as has the Village of Halsey. Forest Service and volunteer firefighters are on scene."

The Bovee Fire is one of several large wildfires that have hit Nebraska this year. Officials said the drought has been the main driver of the wildfires. Thomas County has been in a severe drought this year, according to the most recent Drought Monitor from the University of Nebraska.