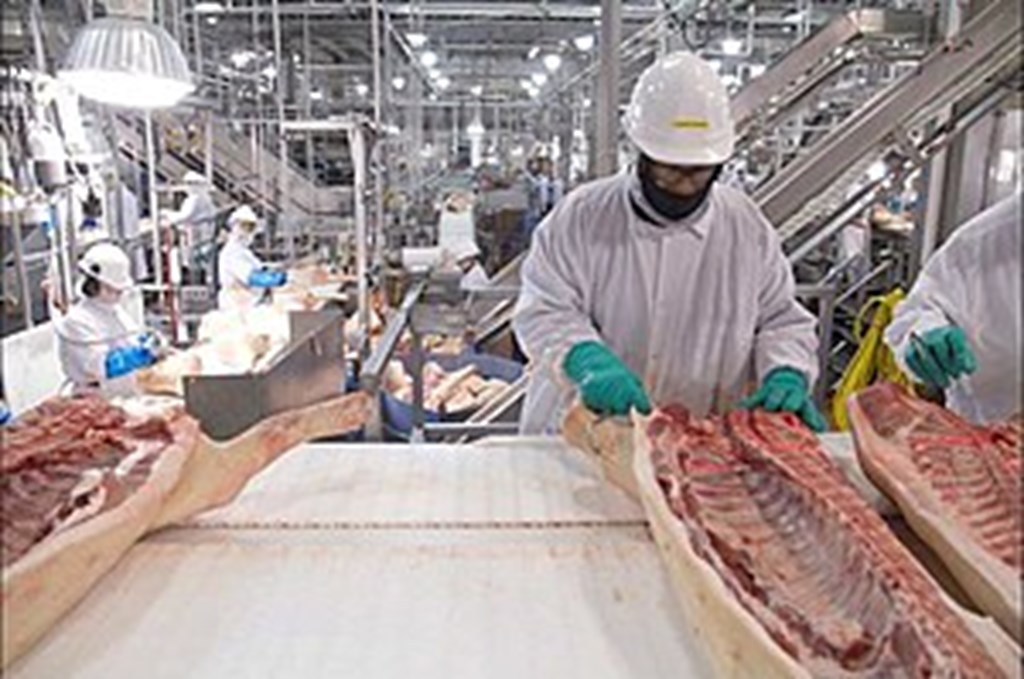 Are packers rethinking plans when it comes to expansion?

During 2020, 2021, and 2022 there have been several publicly announced plans for beef packing capacity additions. New plants and expansions of existing plants would add up to 20,000 head of daily capacity according to reports.

Planning and follow through for projects of this size take a lot of time. Some projects have broken ground. Some additions have been paused indefinitely. Others that are still in the works have changed timelines. Some additions may not come to fruition. New projects not currently on the list may materialize.

Some existing plants could cease production. The least efficient plants would likely be the most vulnerable.

Why packers may be rethinking plans

Building material prices have risen 37 percent when comparing August 2022 to 2020. Packing plant investors have no control over interest rates. Rising interest rates boost cash needed to service debt, which can have a large financial impact on an investment’s ability to cash flow.

The current labor market is extremely tight. Nationwide, two job openings are available for each unemployed individual. Employers having difficulty filling open positions is not favorable for launching expansions.

Beef cow numbers began declining in 2019. If the last cattle cycle is any indication it could be another several years before the cattle inventory turns.

Minimum efficient scale is the volume at which a plant achieves lowest average total cost per head slaughtered. Research suggests beef processing costs per head bottom somewhere beyond one million head per year. In 2021, the United States had 12 plants of this size (Table 1). Since 1993 the United States has consistently had between 12 and 16 of these size plants. Doing the math, these plants on average slaughter about 5,000 head per day.

Medium-sized plants, in the 1,000 head to 2,000 head per day range, can usually better achieve some level of specialization in specific products, brands and types of cattle, which can help offset lower efficiencies relative to the largest plants. Small and very small plants have an important role in even further specialization and direct-to-consumer marketing. While large in number, these small plants process a very small proportion of the FI cattle slaughter.

Historically, fed cattle prices tended to ease when packers were operating at or near processing capacity. For instance, since 1986 a negative correlation has existed between estimated capacity utilization and the price of live steers and heifers. That is, higher utilization, lower prices. 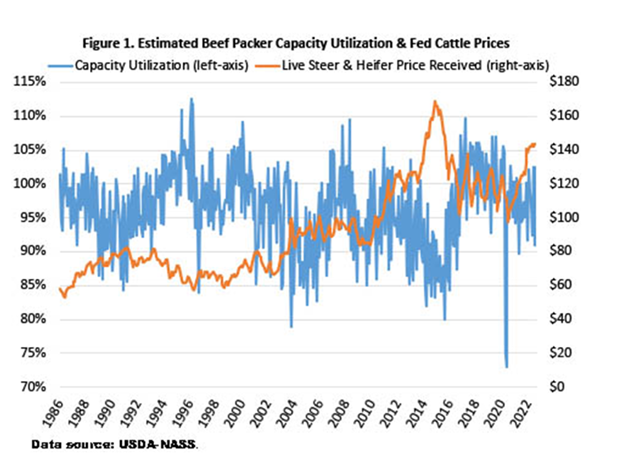