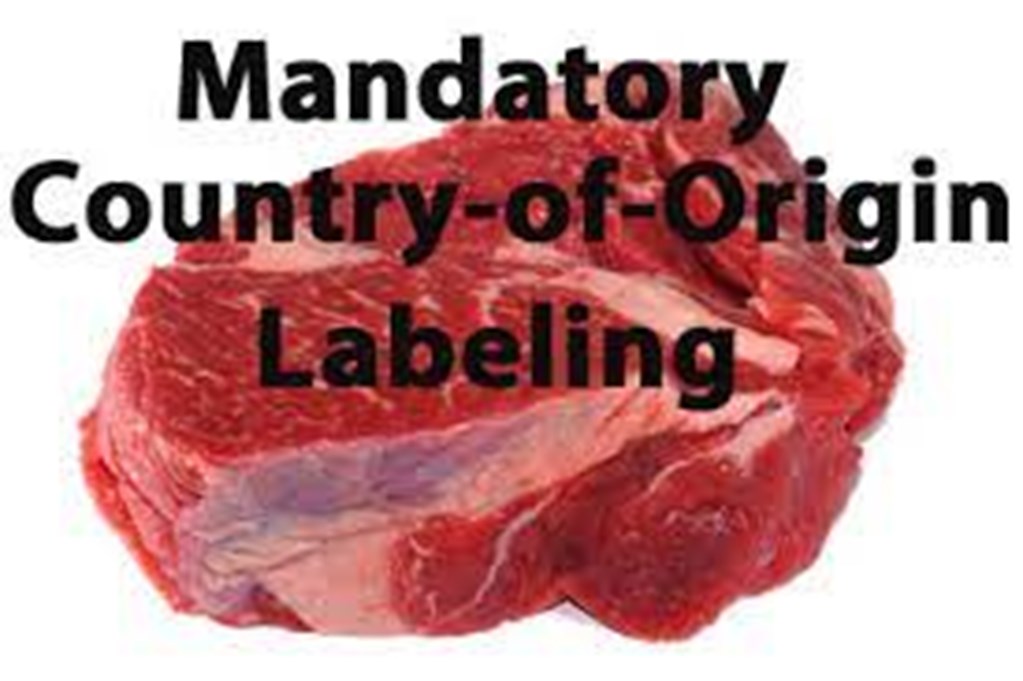 “Too many members of Congress talk favorably about reinstating mandatory country of origin labeling for beef, but they have not yet joined the legislation as cosponsors,” said R-CALF USA CEO Bill Bullard. “Our new poll makes it clear that an overwhelming number of American voters want Congress to enact MCOOL for beef, and they demonstrated this with their specific support for the American Beef Labeling Act.

“We hope lawmakers will carefully review this poll and quickly join this legislation as cosponsors to ensure its swift enactment.”

U.S. Agriculture Secretary Tom Vilack said in recent days that the “Product of the USA” label on meat products should undergo a full-scale review, one that has long been sought by livestock producers who say that the label is inadequate and often misleading as it currently stands.

This past week, the Federal Trade Commission finalized a rule that is intended to tighten the use of the Made in the USA standard. The FTC said that this update would especially benefit small business, who lack the resources to defend their products from imitators. However, the rule does not require specific actions be taken regarding beef labeling, and in conjunction with this rule, the U.S. Department of Agriculture announced a review of the “Product of the USA” label.

“I am committed to ensuring that the Product of USA label reflects what a plain understanding of those terms means to U.S. consumers,” Vilsack said.

Bullard and his R-CALF organization has waited long enough and that further review is not necessary, they say. They want a new act now.

In March 2022, a bipartisan companion bill was introduced in the U.S. House (H.R.7291) by Reps. Lance Gooden, R-TX, and Ro Khanna, D-CA. Rep. H. Morgan Griffith, R-VA, has since cosponsored the House measure.

According to reporting by The Fence Post, both the National Cattlemen’s Beef Association and the U.S. Cattlemen’s Association, which have had opposing views on labeling, have praised Secretary Vilsack’s decision to review the label.

U.S. Senator Mike Rounds, R-SD, said in a statement: “Consumers deserve to know the true source of their food. This news is a step in the right direction. It’s long past time to fix this label in order to restore transparency and fairness to the market.

Bullard’s R-CALF organization cites several statistics from a recent poll by Morning Consult on behalf of the Coalition for a Prosperous America (CPA) to support their stance: