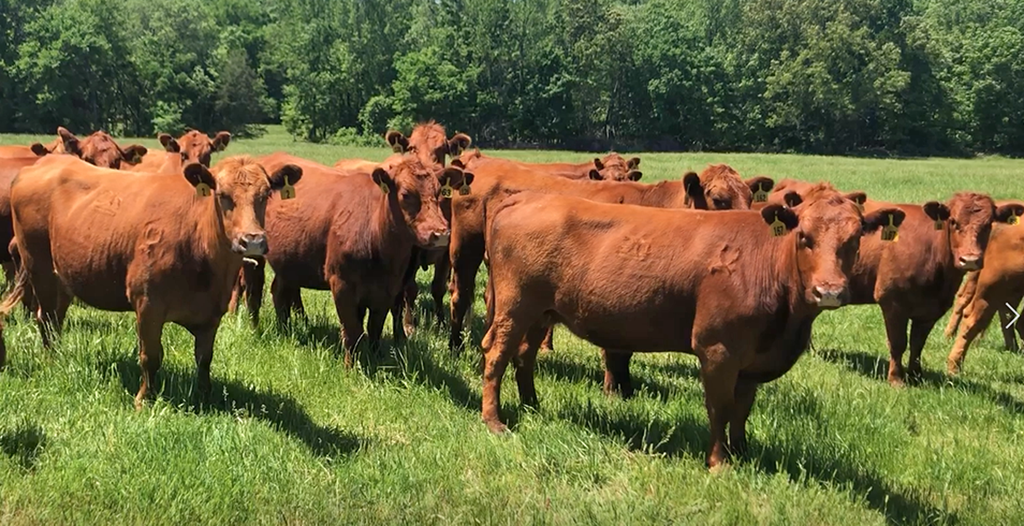 Although no two cattle cycles are the same, the inventory reduction that is currently being experienced is quite similar in magnitude to the initial liquidation phase of the previous three cattle cycles.

And if the cycles of the recent past continue to be a guide for how this one will play out, we have a way to go in terms of time and declines before the situation reverses.

Past points to future

The duration of the liquidation phase of the previous three cycles lasted for eight or nine years, although there were a couple of observations of modest growth in years six and seven of the 1980s cycle before declines resumed. If you use previous cycles as a gauge, the beef cattle industry is near the halfway point of liquidation. 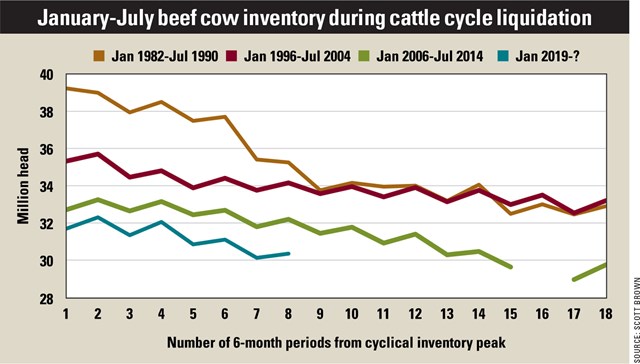 In the 1980s and 1990s, nearly 60% of the cyclical herd liquidation took place by this point in the cycle, but in the most recently completed downturn, about two-thirds of the liquidation occurred after the point that we find ourselves in today. USDA did not publish a July cattle report in 2013.

Projections for cow-calf returns are quite positive for the next two or three years, but dry conditions remain a constraining factor. Although USDA does not provide state inventory data in the July report, a glance at the most recent drought monitor clearly shows that pressure remains for many producers to source adequate forage, especially through the southwestern part of the country.

Just as no two cattle cycles are the same, nor are two cow-calf operations. Whether your operation is in position to take advantage of a situation in which national inventory liquidation is likely to take place for a few more years not only depends on your feed availability situation, but also factors that are unique to your operation.

Considering the likely price implications of a tighter calf and feeder animal supply in the years ahead can help you set some revenue expectations that will guide future herd decisions.

Growing your herd when others are unwilling (or unable) often can be a lucrative proposition, but only you can decide if that makes sense for your operation at this time.