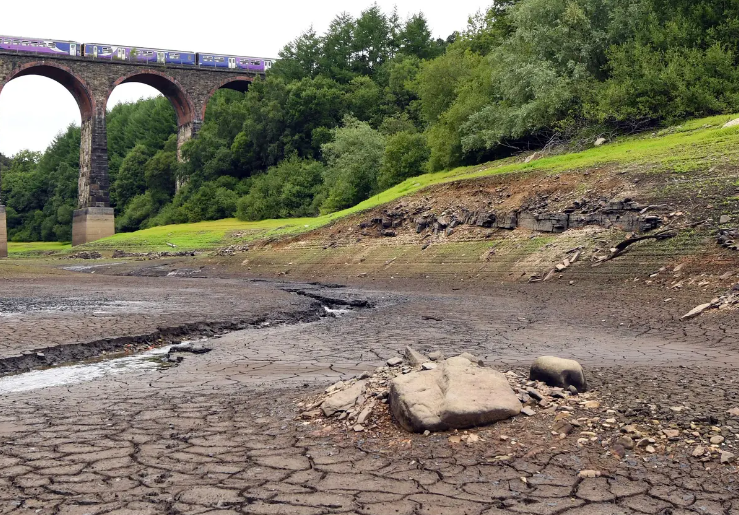 The drought withering Europe’s farms is set to drive prices for meat, milk and cheese even higher, adding to the pressures on consumers as everything else in the grocery aisle gets more expensive.

Blistering summer heat is drying up grazing land and shrinking harvests of grain destined to feed animal herds. British cattle and sheep farmers are dipping into their winter forage reserves in the height of summer. Corn fields in France are in their worst shape in a decade and wilting elsewhere, exacerbating the coming shortfall in livestock feed.

The extreme weather compounds the difficulties already facing farmers in the European Union, the biggest pork and cheese exporter. Livestock producers are grappling with rising grain and energy costs, plus labor shortages and disease outbreaks. That shrunk herds and boosted EU meat prices in June by about 12% from a year earlier -- the biggest jump ever.

EU consumer prices are already rising at a near-record pace

Most of England was just declared to be in a drought, and France is in the midst of its worst on record. Other European agricultural heavyweights -- including Romania, Italy and Germany -- are suffering through low rainfall and sizzling temperatures that are drying up rivers vital to shipping and irrigation.

Food prices soared 11% in the EU in June and nearly 10% in the UK versus a year earlier, the biggest jumps in more than a decade. Costs for other household essentials like energy also are steadily gaining.

In the southern UK, grasslands are “dry as a bone,” and farmers can’t sow the cover crops that blanket fields during winter because seeds won’t germinate, said Phil Stocker, chief executive of the National Sheep Association.

Cattle are chomping on hay and silage, which normally aren’t relied upon until late October, said Richard Findlay, chair of the livestock board at the UK’s National Farmers Union. That means farmers may have to buy extra in winter, likely at higher prices.

Dairy farmers are in a similar predicament, and drought-related changes in the cows’ rations may lower their output, Anton said. Cows already give less milk in the hot weather.

“At this time of year, all animals should be outside grazing grass, which is the cheapest form of feed,” Findlay said. “Because they’re not doing that, you’ve certainly got extra cost.”

Corn on much of the continent is in dire shape, with analyst Strategie Grains expecting the smallest EU harvest since 2007. The grain is a livestock feed staple, and the shortfall comes as shipments from Ukraine -- which the EU typically buys from even in years of better supply -- remain disrupted by Russia’s invasion.

Some Ukrainian corn cargoes are moving again by sea, but Europe’s also booking supply from further afield. Italy bought 105,000 tons from the US for the 2022-23 season -- the nation’s biggest purchase in at least two decades.

More European farmers are razing corn fields early for silage as yield prospects worsen. They also may mix more wheat into livestock rations since that grain was collected before the brunt of the drought and is trading at a rare discount to corn.

“Because of the lack of forage, many farmers will try to harvest plots that previously were anticipated to be harvested as grain,” Vincent Braak, crop analyst at Strategie Grains, said of corn. “Even doing that, the cattle breeders will face huge problems.”