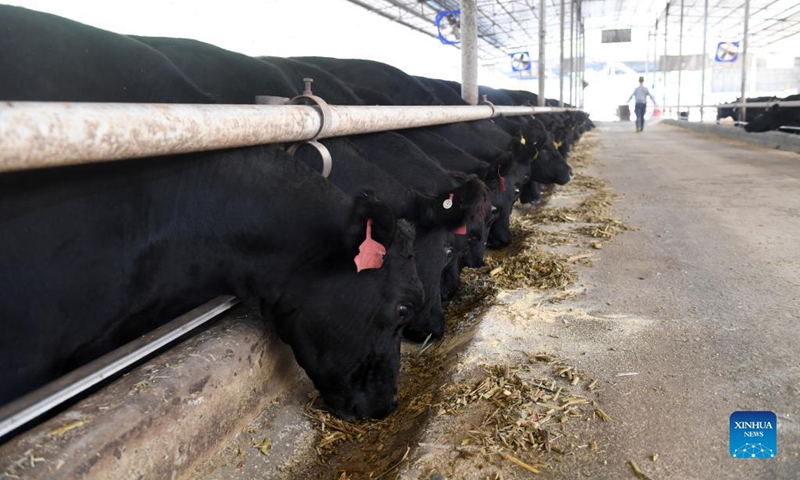 Chinese scientists have independently bred a new cattle variety, named the "Huaxi Cattle", which should help break the country's reliance on importing beef cattle for breeding purposes, the Chinese Academy of Agricultural Sciences said on Tuesday.

The new variety was approved by the National Livestock and Poultry Genetic Resources Committee in December.

The research team led by CAAS's Institute of Animal Sciences bred the new variety in the Wulagai area of the Inner Mongolia autonomous region. The success was 43 years in the making.

"The beef industry in China began late, and domestically developed cattle varieties and the quality of the beef produced do not meet consumer demands," Liu Xianwu, vice-president of the academy said during a summit on scientific innovation in livestock and poultry.

Seventy percent of the cattle used for breeding are imported, hindering the sustainable development of the national industry, he said.

By 2025, 400 Huaxi bulls should be available for breeding each year, which will cover 70 percent of beef breeding stock in the country.

Once an important agricultural tool during the agrarian age, the use of cattle freed farmers from heavy farm work and greatly increased grain production.

However, with the rapid development of the economy and the increasing consumption of beef, scientists have been struggling to transfer their focus from developing methods of raising working cattle to producing modern beef cattle.

Although China already had a variety of cattle and breeding stock by the 1980s, meat production was not able to meet domestic demand because for a long time, when it came to breeding cattle, their usefulness as beasts of burden was prioritized over their ability to produce meat.

At the moment, the country's beef cattle varieties are not being sufficiently promoted, contributing little to the development of the sector.

Since 1978, the Huaxi cattle variety has undergone improved hybridization, the introduction of new genetic traits, and selective breeding before becoming the specialized variety with a consistent body shape, outstanding production and stable genetic performance that it has become today, Li said.

To date, there are 41 Huaxi cattle farms nationwide in Inner Mongolia and provinces like Henan and Hubei, which involve 60 breeding enterprises.

At present, breeding of the fifth generation of Huaxi cattle has begun and the variety's core breeding population will gradually expand over the next five to 10 years, Li said.

"By 2027, China is expected to independently control the core genetic resources of its beef cattle stock, ensuring supply security," he said.

To work toward this goal, a list was recently released of 276 agricultural breeding enterprises, among them 86 livestock and poultry breeders.

The main tasks laid out for the seven beef cattle breeders on the list include enhancing innovation in breeding and catching up with more advanced cattle breeders in terms of production.

Leading breeders are expected to improve the performance of independently bred varieties and accelerate the industrialization of the sector to gradually increase its market share, an official from the Ministry of Agriculture and Rural Affairs said in a circular on Monday.