Government Needs to Get Out of the Way; Allow Auctions to Drive Packing Capacity & Competition 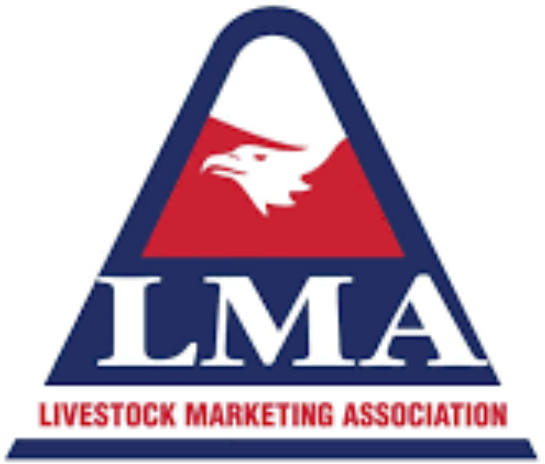 Livestock auction markets like mine are in the competition business. We take pride in working for our consignors. It is our job to get the top dollar possible for the livestock our customers trust us to sell on their behalf.

However, auctions can only serve the best interests of their consignors if there are multiple active bidders and buyers. Many auctions have fewer packer buyers than they once did due to consolidation. Some want to be part of the solution by investing in new or expanding packing facilities that can compete with other packers for livestock. In an auction, an additional buyer drives up competition and prices.

In today’s environment, where the cattle industry is focused on wanting more packers to compete for livestock, we should be encouraging investment in packing businesses, not prohibiting it. In fact, the public nature and competitive environment of a livestock auction makes procurement of cattle through the auction an ideal scenario, although unlikely to be the main procurement method for a large fed cattle plant.

The Amplifying Processing of Livestock in the United States (A-PLUS) Act (H.R. 7438) would help address this issue by allowing livestock auction owners to also own or invest in small and regional packing plants. The Senate companion bill is the Expanding Local Meat Processing Act (S.4709).

To understand why the prohibition existed in the first place, you need to think about the industry structure at the time. The Packer & Stockyards (P&S) Act, which turned 100 last year, dates back to the terminal stockyards of the early 1900s and issues with a lack of separation between buying and selling agents in this environment. At that time, many producers sent livestock to terminal markets on railcars and were not present when they were sold. The market agency selling on commission in that context was an individual who represented livestock to the big packers, who all had slaughter facilities located alongside the terminal stockyards.

This predates the current, transparent method of selling livestock at an open auction to the highest bidder. Unlike the terminal stockyards of days gone by, sales at livestock auctions today occur in a sale ring with an auctioneer driving price up between competing bidders. Sellers and buyers both attend the auction and can raise concerns if they do not like the way the sale is conducted. In many cases, these auctions are also broadcast online for viewers and recorded.

In addition to the natural openness an auction environment brings, P&S Act regulations, such as 9 CFR 201.56, further require transparency. For example, P&S mandates livestock auctions sell consigned livestock openly, at the highest bid. The same regulation also requires disclosure to the seller when someone affiliated with the auction buys livestock out of the sale. These rules function well in other classes of livestock, such as calves or feeder cattle, where it is common for a buying business to have a common owner with the livestock auction and often the result is higher prices for the consignors.

Allowing livestock auction owners to invest in small and regional packers will create competition against large packing entities that already exist. Large packers will not be able to operate livestock auction markets as there is a threshold cutoff of 2,000 head of cattle/day or 700,000 head of cattle/year in the bills. This would keep the prohibition so livestock auctions could not invest in a packer greater than that size. At the same time, the current 10 largest beef packers would be prohibited from also owning or investing in an auction market. We’ve had LMA member auctions interested in owning local locker plants or being part of an investment group building a regional facility. In the case of a regional facility, we need to allow it to be a large enough scale to be successful. Balancing this with the desire to keep the largest packers from growing in market share is how the threshold cutoff was developed.

At the end of the day, perhaps the fundamental question is whether the government should control who is permitted to invest in packing capacity. Under current rules, USDA excludes a large group of knowledgeable and passionate livestock industry participants from creating more competition for slaughter livestock. I know many livestock auction owners who would rather not get involved in the packing industry, which is fine. The problem is they do not currently have a right to choose how to invest their funds and knowledge back into the industry.

It does not seem right that this prohibition exists and, at the same time, packers can currently buy and shut down livestock auctions and then use the facility as a buying station, which is a fixed facility drop off point for livestock in the country. These buying stations lack the benefit of a transparent auction setting to arrive at true price discovery. Producers are paid what that packer is willing to give that day, and that price becomes less competitive over time. Packers are also able to buy packing facilities from others and continue to operate them as packing plants, subject to DOJ review, whether or not these bills pass.

Regardless of how you feel about it, packers today can also legally own, finance, or align themselves with feed yards. However, a livestock auction owner or manager cannot own or invest in a packing facility regardless of size, scope, if the auction owner is active in packer business decision making, or if the livestock processed are procured at the auction business or not. In one situation, we had a LMA member auction that also had a local meat marketing business. They were having cattle custom harvested in an unrelated facility and selling the meat. USDA went after them, claiming the definition of packer is so broad that they were in violation of the rule having these two complementary businesses. In that case, the family had to separate the two businesses.

You can’t tell me that doesn’t feel like a double standard, with livestock auctions being subject to a different set of rules than other businesses in our industry.

This bill may not fix every issue the industry has with packing capacity and fed cattle marketing. It does not claim to. However, it is a big step in the right direction. In today’s environment, where the cattle industry is focused on additional shackle space and wanting more packers to compete for livestock, the benefit of new packers entering the marketplace far outweigh the risks contemplated by the dated regulation currently on the books.

Anyone with questions or ideas about these bills is encouraged to reach out to Livestock Marketing Association Vice President of Government and Industry Affairs and Legal, Chelsea Good, at cgood@lmaweb.com or 816-305-9540.