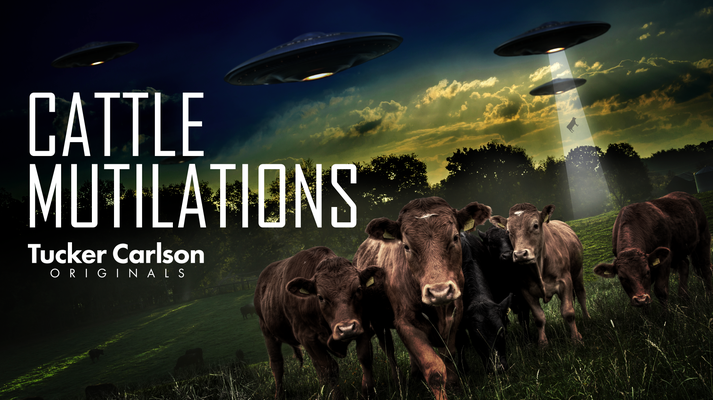 "It’s the greatest unsolved crime spree in history," says author Chris O’Brien, who recorded the videos. He wrote about his findings in his book, Stalking the Herd: Unraveling the Cattle Mutilation Mystery.

The videos depict the grizzly nature of more than a dozen cattle mutilations. Mutilations differ from typical livestock deaths because the carcasses are found with body parts removed in an unusual fashion.

The never-seen-before footage is featured in the latest episode of Tucker Carlson Originals, which is available now on Fox Nation.