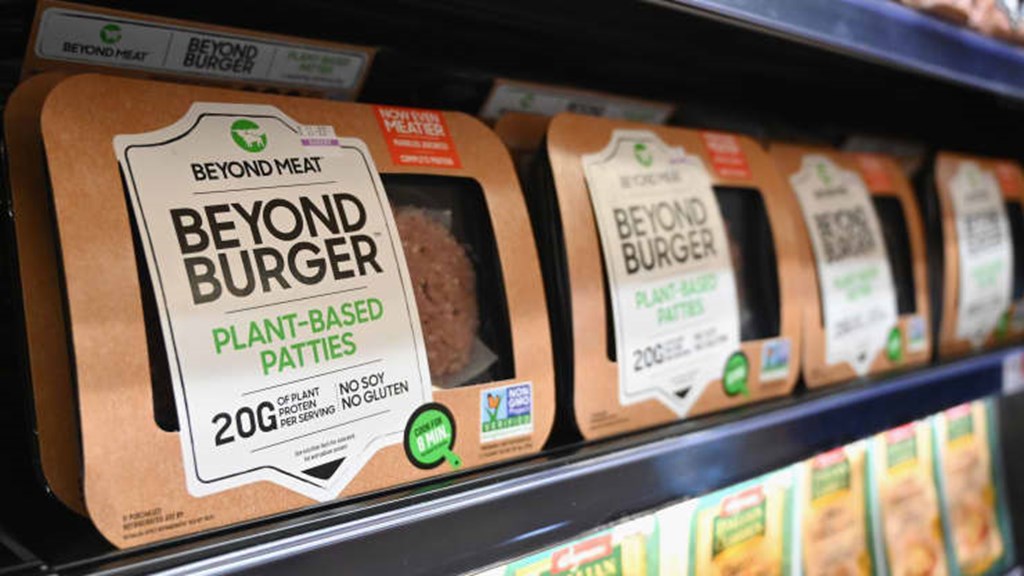 Beyond Meat Inc. reported another rough quarter Thursday, leading to announced layoffs that underscore a bleak outlook from Wall Street.

A drop in revenue and lowered forecast mirrored a recent harsh assessment from JP Morgan analysts, sizing up Beyond’s star-crossed relationship with McDonald’s Corp. MCD, -0.55%, among other factors.

The results sent Beyond Meat’s stock BYND, -7.81% initially skidding 6% in after-hours trading Thursday before recovering to a 3% decline, after slumping 8% to $31.39 in the regular session.

“With the recent, dramatic decline in consumer buying power, the importance of delivering on our price parity targets is magnified. We take note of this powerful reminder, and continue to advance as well as broaden cost reduction activities in service to realizing price parity,” Beyond Meat Chief Executive Ethan Brown said in a statement announcing the results.

“We are tightly focused on intensifying OpEx and manufacturing cost reductions,” Brown added, in announcing a 4% workforce reduction to save $8 million annually.

Beyond executives continued to warn of ongoing uncertainty related to macroeconomic issues, including inflation and rising interest rates, COVID-19 and its potential impact on consumer behavior and demand levels, labor availability and supply-chain disruptions, partially attributable to recent geopolitical tensions.

Shares of Beyond have been battered by a slowdown in sales and a seemingly strained relation with business partner McDonald’s. Beyond’s stock has melted 52% so far in 2022, while the broader S&P 500 index  SPX, -0.08% has declined 13%.

JPMorgan analysts polled workers at 25 McDonald’s locations where the McPlant had been available and could not find it on the menu. “We don’t know for certain that McPlant is entirely discontinued — it may still be available in some locations. And it’s possible, of course, that McDonald’s is only temporarily taking it off U.S. menus,” JPMorgan said.