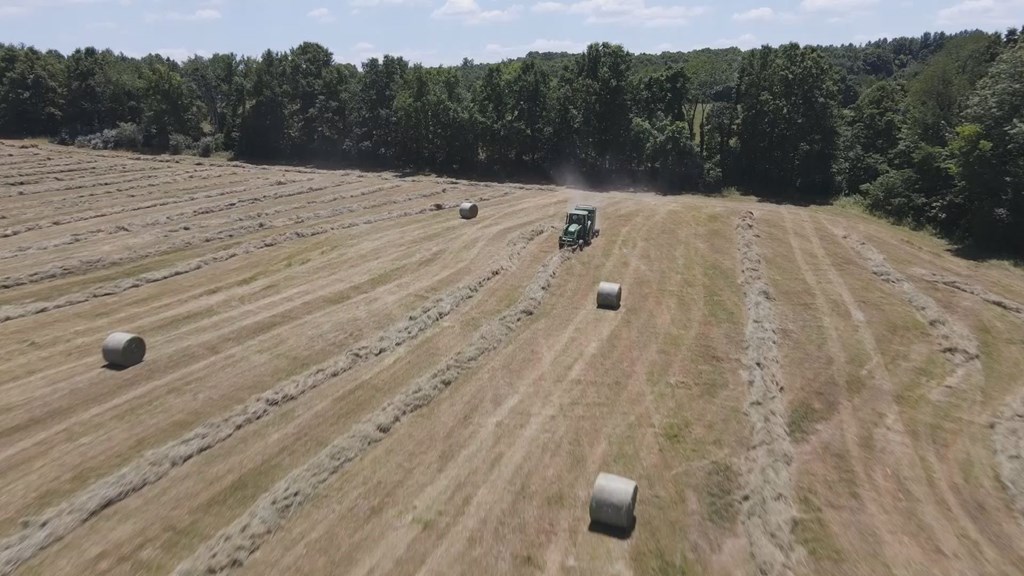 BEAUFORT, Mo. — Clouds of dust can be seen from miles away as tractors kick up the dry dirt below. Sure, it's become a common sight for farms in California, but Missouri isn't normally like this.

Only three years ago, Missouri farmers battled too much water, now they're fighting the opposite. Enduring the relentless summer heat, Terry Schwoeppe and his son climbed into their tractors to show 5 On Your Side around their Beaufort hayfields.

"There is a little bit of green to this," Schwoeppe said while picking up some freshly raked hay, "but it is so dry right now, when you bend it, it basically cracks."

For hay rookies, Schwoeppe described this season's crop like baking a cake.

"It's like baking a cake at 500 degrees instead of 350," he said, "you're basically flash burning the hay with the temperature."

Cooler temperatures would help, but Schwoeppe is praying for rain more than anything. The past few storms have missed his farm. His cattle pastures are so dry that he's starting to cut into winter hay to feed his herd.

When it's too dry (or cold) for pasture grass to grow, ranchers resort to supplementing with hay. A bale of hay can go quick, one average-sized cow needs roughly 30 pounds of hay per day.

"We're at about 50% on our hay," Schwoeppe said compared to typical years, "We're going to be running out of time if we don't more rain here in a month or two."

Fall rain could help the grass bounce back, but the main hay is growing right now. Schwoeppe said it's a grim outlook if rain continues to hold out.

"If we don't have a good fall, to where we can actually bale some of the hay, we'll probably have to end up thinning our herd," he said.

Missouri and Illinois are forecast to stay unseasonably dry and warm through the summer.