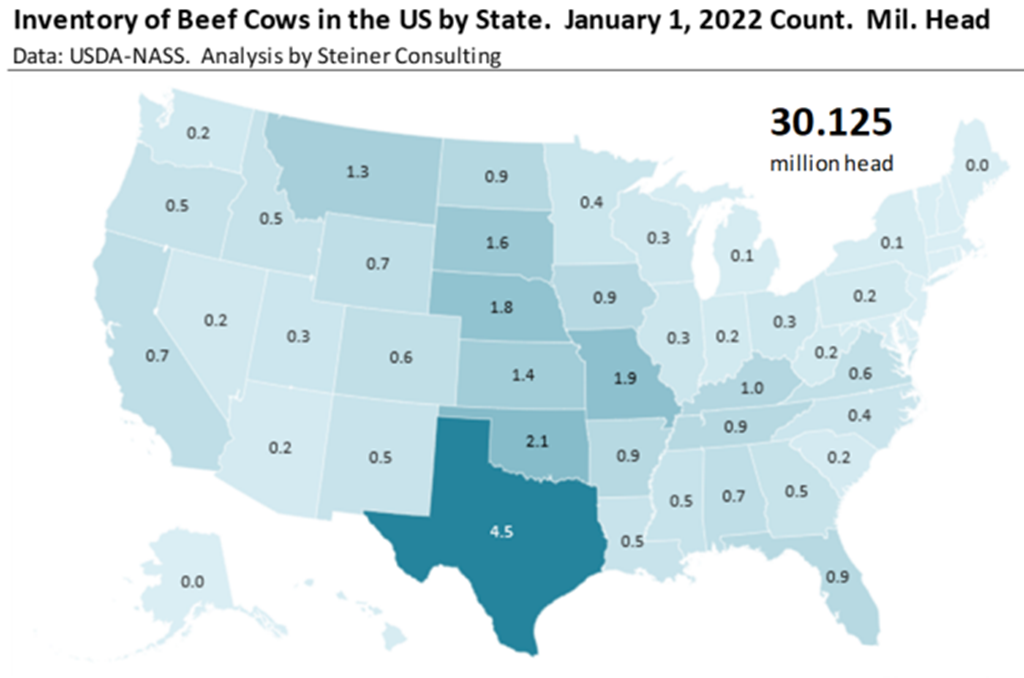 Already this summer appears to be the third hottest on record for Texas, after 1980 and 2021. Thanks to the metereologists at WFAA in Dallas, we know that through July 16th there have been 21 100 degree days in Texas compared to 22 for the same period in 2011. But for Texas cattle producers the situation this year is already in worse shape that it was in 2021. That’s because of prolonged drought conditions and high rate of liquidation earlier in the year. USDA does not report on cow slaughter by state due to confidentiality issues. However, USDA provides a weekly update on regional beef and dairy cow slaughter and the picture looks grim.

Total beef cow slaughter for region 6, which includes Texas, was 533,200 head through the first half of the year. This was 123,400 head or 30% higher than the same 26 week period in 2021. By comparison, for the same period in 2011 beef cow slaughter in region 6 was 68k head or 15.3% higher than the previous year. Current forecasts are for above normal temperatures and below normal rainfall for the rest of the summer. This could continue to push more beef cows to market, adding to the supply of beef in the near term but significantly reducing beef production potential for the next few years. 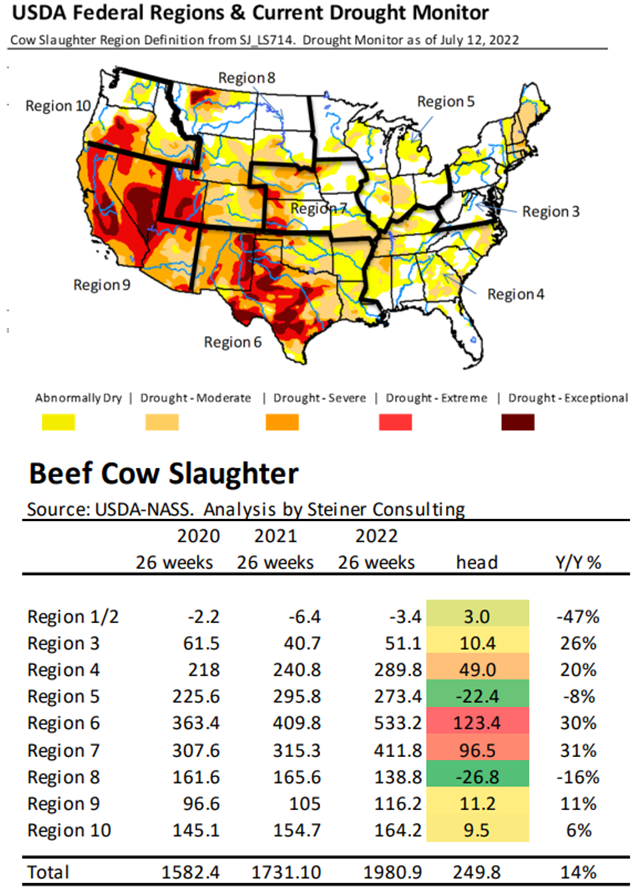 At the end of this week USDA will publish the results of its semi‐annual survey showing the inventory of cattle across the US as of July 1. We will provide a summary of estimates for the report this week but our initial thought is that the beef cow herd will register a substantial decline (maybe as high as 3%) compared to July 1, 2021. In January the beef cow herd was 786k head or 2% lower than the previous year and we have seen ongoing liquidation since then. USDA will also offer its first estimate of the calf crop for 2022. Highlighting the long tail of production decisions in the cattle business, the cows liquidated this year will impact the calf crop in 2023 and beef production in late 2024 and 2025. It will be a rough few years for cattle supplies and something that those adding new capacity will have to contend with as they plan for the future.