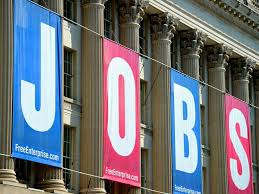 The numbers: U.S. job openings dropped to 11.4 million in April from a record 11.9 million in the prior month, signaling some softening in what’s still the tightest labor market in decades.

The number of people who quit jobs in April, meanwhile, was little changed at 4.4 million, the Labor Department said Wednesday.

Quits topped 4 million last summer for the first time ever, part of a pandemic-era trend that’s become known as “the great resignation.”

Before the pandemic, the number of people quitting jobs averaged fewer than 3 million a month.

Big picture: The U.S. labor market might be the economy’s saving grace as the Federal Reserve moves to raise interest rates to tame inflation.

Higher rates are likely to slow the economy, but as long as most companies are hiring and workers feel secure in their jobs they are likely to keep spending. And steady consumer spending woud keep the economy out of recession.

There have been a smattering of companies announcing layoffs, however, and economists are watching closely for signs of weakening in the labor market. With the Fed raising rates, businesses may be more cautious about hiring.

The so-called quits rate was unchanged at 2.9% for the third month in a row.

More people quit when the economy is doing well or they think they can find a better a job. Most people who quit are finding new jobs.

There’s roughly two open jobs for every unemployed person, though companies never try to fill all of them. The number of job openings is largely viewed as a way to assess the strength of the labor market.