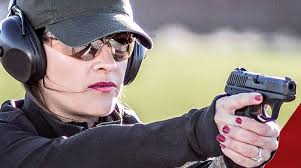 The U.S. Supreme Court struck down a New York state law that forbids citizens from obtaining a permit to carry a handgun publicly for self-defense unless they can demonstrate a special need for self-defense, arguing that such a provision violates the Constitution's Second and Fourteenth Amendments, which protect "ordinary, law-abiding citizens' right to carry handguns publicly for their self-defense."

The 6-3 decision in a case called New York State Rifle and Pistol Association v. Bruen was split along ideological lines and was authored by conservative Justice Clarence Thomas. The court's three liberals opposed the decision with outgoing Justice Stephen Breyer authoring the dissent.