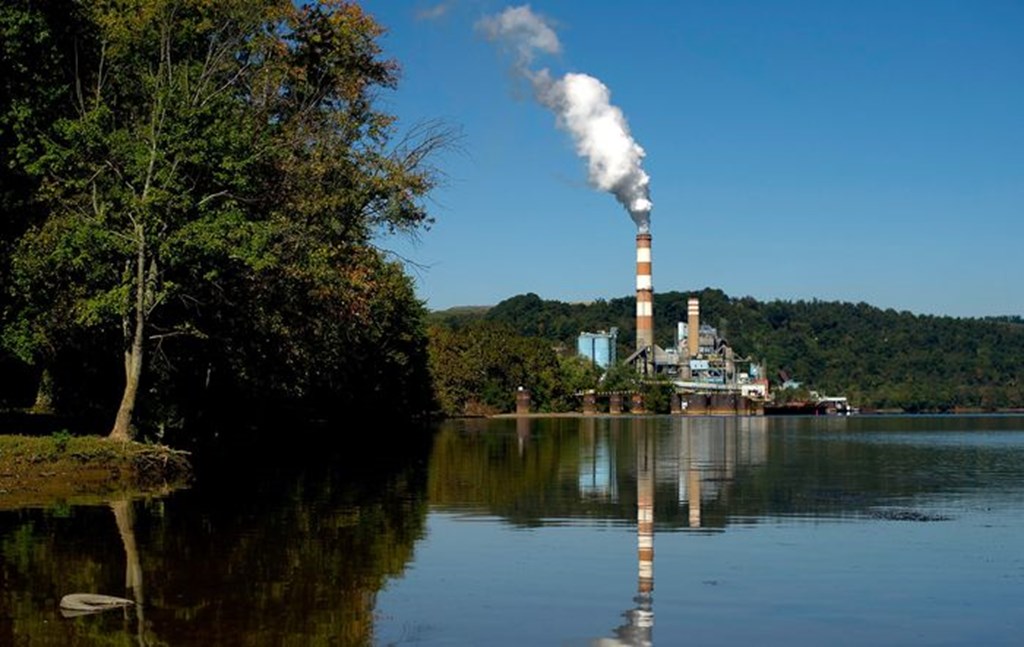 President Joe Biden’s ambitious plan to address climate change hit a major hurdle as the Supreme Court on Thursday ruled to restrict federal reach in controlling emissions at power plants and beyond.

The court, whose conservative majority has already shown reluctance in broadening federal agency scope, considered the Environmental Protection Agency’s (EPA) authority to regulate greenhouse gas emissions from existing coal- and gas-fired power plants under the landmark Clean Air Act. But the impact of the ruling, the Biden administration and environmental groups say, is much wider.

In a 6-3 ruling, the court sides with conservative states and fossil-fuel companies in adopting a narrow reading of the Clean Air Act. The decision prevents the EPA from enforcing climate-friendly industry-wide changes, limiting it to actions targeting individual plants.

The SCOTUS ruling comes just months after the United Nations issued another in a series of alarming reports on climate change, the latest suggesting that the most vulnerable nations are already behind in adapting to environmental pressure and intensifying natural disasters. It is mounting distress, the U.N. says, that comes at the hands of burning fossil-fuels CL00, -2.12%  for power, transportation and more in the most-developed parts of the globe, including the U.S.

Some observers consider the setback a tactical and psychological blow for Biden’s administration. He has set a goal of decarbonizing the U.S. power sector by 2035. And he wants the U.S. economy as a whole to flip to net-zero emissions by 2050, first halving emissions by the end of this decade.

U.S. emissions targets are largely in line with what’s been set by the rest of the major global economies, save for China, the world’s largest polluter, which says it can hit net-zero emissions by 2060.

That Trump rule loosened regulations linked to climate change when compared to the Obama-era Clean Power Plan. Obama’s effort sought to reduce release of greenhouse gases through improved efficiency measures and the adoption of more natural gas and renewable energy instead of coal.

The Supreme Court stayed that plan, preventing it from taking effect, in 2016. Trump’s replacement still sought efficiency improvements but excluded the switch to cleaner fuels.

Two coal companies, as well as a group of states led by West Virginia and North Dakota, challenged the lower-court ruling.

For the most part, Democratic-led states and power companies — including Consolidated Edison Inc. ED, 0.41%  Exelon Corp. EXC, 0.90%    and PG&E Corp. PCG, -1.66%  — sided with the Biden administration, as did the Edison Electric Institute, an investor-owned utility trade group.

Earlier this year, a total of 192 Democratic lawmakers signed onto an amicus briefing supporting the EPA. They argued that a particular section of the Clean Air Act (CAA) was “intended to confer broad authority on the EPA to regulate and respond to both new and existing air pollutants, as needed to carry out the stated purpose of the CAA,” their filing said.

“This once again is about who gets to make the decision. It’s Congress. There’s no secret agenda, if you will. Let’s be particular, this is about who makes the decision. And so we know that everyone has different economic incentives as to why they make their decisions,” said Morrisey.

Kevin Minoli, a partner in Alston & Bird’s environment, land use & natural resource group and former senior official in EPA’s Office of General Counsel, said earlier this year that “the petitioners were clear — this case is not just about the EPA’s regulation of carbon emissions; the case is also about the federal government’s ability to regulate anything of significance in the absence of clear direction from Congress to do so.”

“While it is clear from the oral argument that the petitioners want the Supreme Court to adopt the ‘major question doctrine’ as a check on administrative regulation, what was much less clear after the petitioners finished their arguments were the questions of what would constitute a ‘major question’ and how courts would recognize one when it is before them,” he said.

The Clean Air Act, now more than 50 years old, is considered by many to be one of the most successful pieces of U.S. law ever. Several studies have credited it not only with greatly reducing pollution and smog but by paying dividends in health improvement and increased economic productivity.

Many power plants, and fossil-fuel companies in part, have been diversifying their energy portfolios to include more alternatives, such as wind and solar ICLN, -0.85%. In fact, Chevron CVX, -0.50%   this year announced it will buy Renewable Energy Group Inc.

Natural gas NG00, +0.35%   remains a debate, however. Many in industry push for its inclusion in a cleaner-energy future in order to support U.S. energy independence USO, -2.27%   and keep energy costs down. The nat-gas sector has targeted methane-emissions reduction and is championing the still-developing technology of capturing and storing emissions. Environmental groups say natural gas must be included on the list of emitting fossil fuels that the U.S. and others eventually eliminate.Wider impact

The White House has set other federal efforts in motion, including making buildings more efficient and changing the fleet of government vehicles to all-electric. But other, incentive-based proposals that would help green the power sector and built out solar and more in U.S. homes have been so far rejected in a stalled Build Back Better spending plan.