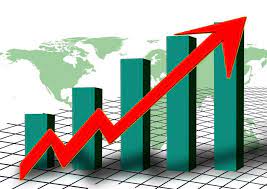 The numbers: The cost of living jumped 1% in May on the back of higher rents, gas and food prices, pushing the rate of U.S. inflation to a 40-year high of 8.6% and making it harder for Americans to afford everyday staples.

The increase in the consumer price index in May was more than triple the gain in the prior month. Economists polled by The Wall Street Journal had forecast a 0.7% advance.

The increase in inflation over the past year moved up to 8.6% from 8.3%, a new cycle high. The last time inflation rose as rapidly was in 1981.

The so-called core rate of inflation, which omits food and energy, increased by 0.6%, a tick higher than expected.

The increase in the core rate over the past year slowed to 6% from 6.2%, however.

The Federal Reserve views the core rate as a more accurate measure of price trends, but the higher cost of gas and food have generated much of the public and political outcry about inflation.

Rising food and energy prices also add to the costs of doing business for many companies ranging from grocers and restaurants to airlines and fertilizer producers. And they’re passing those costs onto consumers.

Big picture: The surge in inflation has shown little sign of cresting.

The Fed is raising interest rates to try to slow the economy and tame inflation, but it will take time. The central bank also risks inducing a recession in its effort to quell inflation.

The sharp increase in prices in May, and another likely strong reading in June, is sure to keep pressure on the Fed to stay aggressive. Speculation about a rate-hike “pause” in the fall looks farfetched.

What does that mean for consumers? They’ll have to keep paying higher prices, but their incomes aren’t growing fast enough to keep up. The longer that goes on the more strain it will place on American households and hurt the economy.

Key details: The cost of gasoline climbed 4.1% in May and accounted for a big chunk of the increase last month in the cost of living.

More bad news: Gas prices rose again in June and hit a record high. The website GasBuddy said the average price of a gallon of gas in the U.S. topped $5 for the first time ever.

Food prices leaped 1.2% last month. Grocery prices have shot up 12% in the past year in what’s the biggest increase since 1981.

The cost of shelter has climbed 5.5% in the past year to mark the largest increase in 40 years. Shelter costs account for a third or more of a typical household budget.

Higher inflation was not just limited to a few staples such as food and gas, however.

The big worry on Wall Street is that inflation is shifting to services from goods. That’s because rising prices in services — think rent, hotel rates and plane tickets — tends to be harder to reverse and is often a sign inflation is becoming embedded in the economy.

Until very recently, most of the inflation in the U.S. was concentrated in new and used vehicles, gasoline and other consumer goods.

In May, services inflation excluding energy jumped 0.6% and it’s climbed 5.2% over the past year — double the increase compared to last summer.

Inflation-adjusted wages, meanwhile, fell by 0.6% in May.

Earnings have fallen 3% in the past year after taking inflation into account.

If worker pay keeps falling behind, Americans will either have to dip into their savings or cut back on spending to offset the sharp increase in prices. Either approach would be bad for the economy.

Looking ahead: “Of all the bad news in today’s CPI report, the worst was ‘broad-based,’ ” said corporate economist Robert Frick of Navy Federal Credit Union. “Each time a new category adds significantly to the CPI, that means high inflation will last longer and that the Fed is more likely to crank up interest rates higher and faster.”

“U.S. inflation sped up in May, with nearly every item zooming higher, and another big core jump suggests the peak might be some ways off. Fifty basis points is now the minimum the Fed will hike in coming meetings as it races to catch up,” said senior U.S. economist Sal Guatieri of BMO Capital Markets.