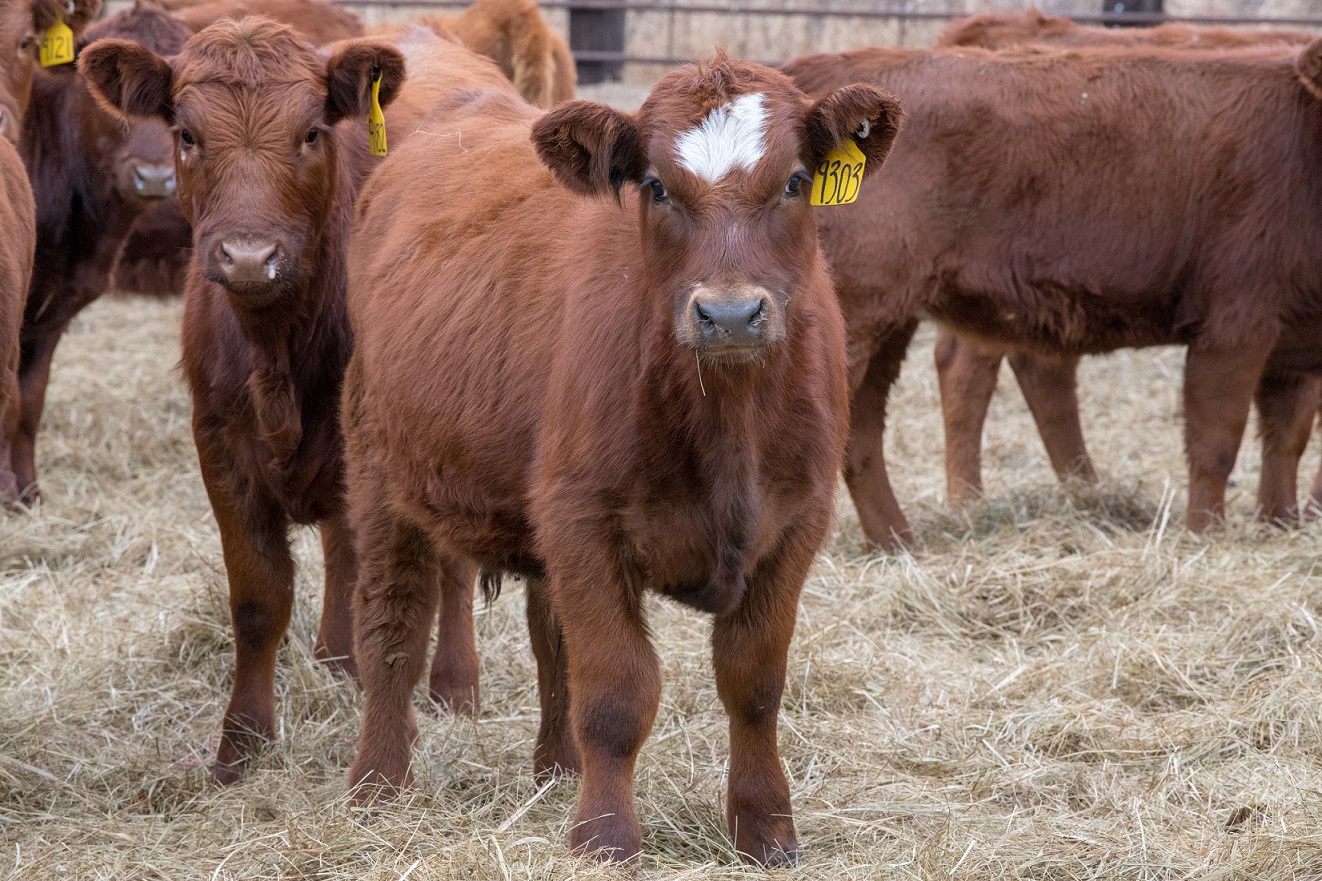 The U.S. Federal Reserve recently voted to raise a key interest rate by a half point. This has received a noticeable amount of attention because it is already the second rate hike this year and the largest one-time increase since 2000.

Similarly, meeting notes suggested that additional rate hikes will be discussed at future meetings this year. The vote was unanimous. The growing sentiment seems to be that the current rates of inflation need to be more controlled, and that action is to occur primarily in the form of interest rate hikes, and to a lesser extent, buying back treasury notes. 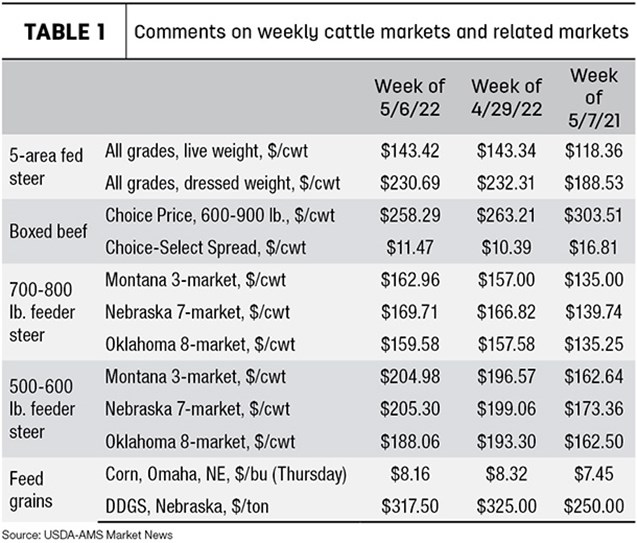 Figure 1 shows how the quarterly feeder cattle interest rates have changed between 1990-2021. 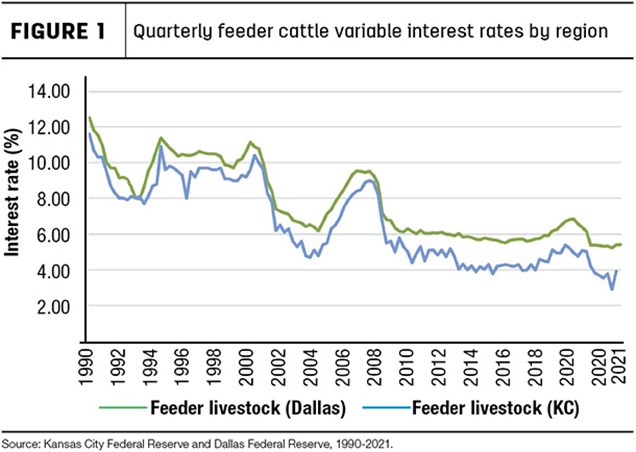 Similarly, the average number of months before maturity on feeder cattle loans has been increasing. Between 2000-09, the average number of months before maturity on feeder cattle loans was 8.82 months. Between 2010-19, that increased to 10.74 months. Now, between 2020-present, it has increased slightly to 10.92 months. At the same time, the average loan size and total feeder cattle loan volume have increased. The average loan size over the last 10 years has been about $80,000. This is all as we would expect – as the cost of money decreases, the quantity demanded of money should increase. Moving forward, higher interest rates for feeder cattle are likely to be expected. This could be particularly problematic in market conditions if cattle prices remain low relative to input and output cattle prices. From the lending side, this higher demand for loans is not necessarily problematic. Agricultural banks have been reporting a higher amount of available funds for loans than in previous years. The burden more lies with cattle producers to use good judgment about the assumptions required to pay back loans.

Lower interest rates cheapen the cost to raise feeder cattle. These lower costs create more economic incentives for (a) new producers to enter the market, (b) existing producers to increase the intensity of their operations, or (c) some combination of (a) and (b). Ultimately, this means that the demand for feeder cattle is passed down from feedlots to cow-calf/stocker producers who then expand by competing for a limited land base raising land prices. Over the last 40 years, the University of Nebraska – Lincoln Department of Agricultural Economics has conducted an annual real estate report which summarizes reported land sales by type of land. Tillable grazing land and non-tillable grazing land are two reported land bases that are relevant to livestock production. The data is reported by Agricultural Statistics District, but for simplicity, the data reported here are the Nebraska state averages. 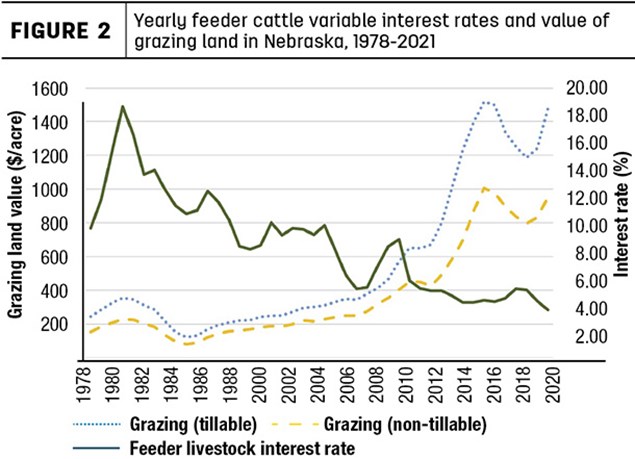 Figure 2 shows the inverse relationship between the Kansas City Federal Reserve feeder cattle interest rates and the average pastureland value in Nebraska. As the cost to raise feeder cattle has decreased, the cost to own pastureland has increased. The relative rise in tillable grazing land has risen faster than non-tillable grazing land. This reflects the marginal productivity of the land, which is driven primarily by corn and soybean prices. These prices significantly increased after the expansion of the ethanol industry between 2006-09, creating a greater demand for corn. In the regional data, the rise in pastureland values is not as large in the western part of Nebraska relative in the eastern part of Nebraska. There are, of course, other factors that influence the exchange of land between two individuals. But prevailing long- or short-term interest rates (feeder cattle interest rates) and the lands’ alternative uses are significant contributors to these decisions. The potential for higher interest rates this year could raises the cost of production in the short term for cattle producers by making debt more expensive. However, it does ease some of the longer-term pressure of rising land values, which landowners capitalize into pasture rental rates. 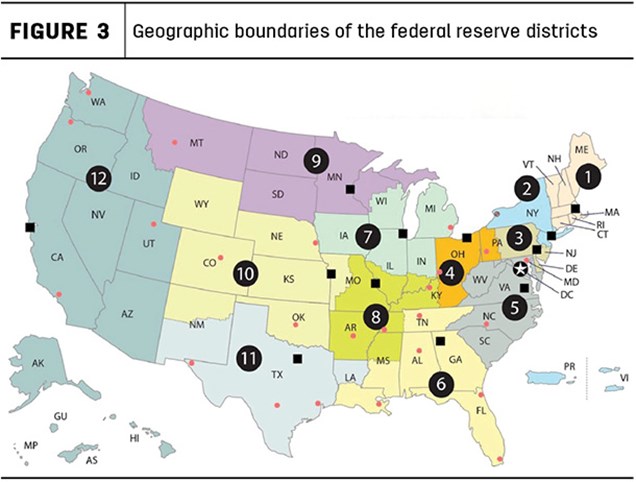 Renting pasture is also a viable option for cattle producers who are unable or unwilling to purchase grazing land at the current market value but still want to expand production. There are many considerations when setting up these leasing arrangements, of which price is one of them. One should always get a lease in writing and consult a lawyer before signing any agreement to ensure understanding for both parties. The Nebraska Real Estate Report also reports historical cash rental rates for different types of land by Agricultural Statistics District in Nebraska by cow-calf pair per month. A cow-calf pair is typically considered to be 1.25 to 1.30 animal units (animal unit being a 1,000-pound animal). However, this can vary depending on weight of cow and age of calf. On average across all Agricultural Statistics Districts, the average rental rate for one month of summer grazing is expected to be $57.64 per cow-calf pair. These rates have also significantly increased since 2007-08 at $25.70 per cow-calf pair. Using an average beef cow herd of 300 cow-calf pairs and a five-month grazing season, total pasture costs would conservatively be $86,460, not including additional mineral supplements or additional feed.

This originally appeared in the Livestock Marketing Information Center’s May 9, 2022, In the Cattle Markets newsletter.