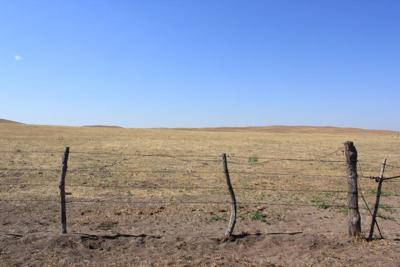 In the past week I have driven across Nebraska, northern Colorado, Wyoming and Montana.  It is springtime in the region and pastures and rangeland are trying to begin growing.  However, the green up is muted because of dry conditions, with little forage growth evident in many areas.  The limited greening of rangelands will fizzle quickly in the coming weeks without immediate moisture.  In a newsletter article three weeks ago, I discussed the implications for the beef cow herd inventory given the current drought conditions (Cow-Calf Corner “The Cow Herd Numbers Game”).  The article ended by saying that the next few weeks would be critical regarding the drought.

Each passing week is indeed critical and by any measure, the U.S. is in the worst condition now of any May, in at least the last 35 years.  The Latest Drought Monitor has a Drought Severity and Coverage Index (DSCI) of 183 (out of 500 possible) for the nation, the highest DSCI in mid-May for any year of the data back to 2000.  This includes over 63 percent of the country abnormally dry or worse, with 21.6 percent of the country in extreme (D3) to exceptional drought (D4).  USDA reported pasture and range conditions starting in May have the highest percentage of poor to very poor conditions this year in data back to 1995.

High fertilizer and fuel prices are adding to the extraordinary cattle industry challenges in 2022.  High input costs are causing some producers that are not facing drought conditions to reduce or skip fertilization of pastures and hay fields.  This will result in additional forage reduction and push herd inventories even lower. 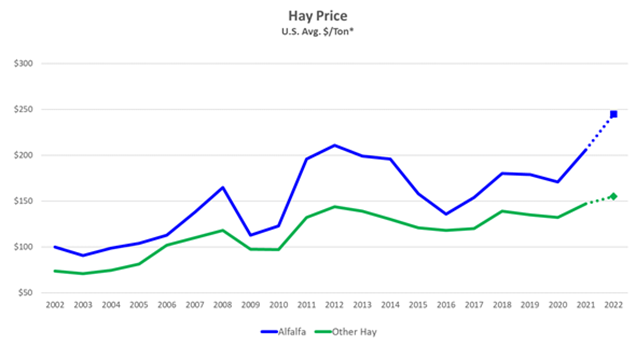 Beef cow slaughter from January through April was 4.2 percent of the January 1, 2022 beef cow herd inventory.  The average beef cow culling percentage of the first four months of the year was 3.0 percent from beginning of this data in 1986 through 2021.  The highest previous culling percentage for the January through April period was 3.7 percent in 1986.  The beef cow herd decline this year may well be the largest since 1986, when the beef cow herd decreased 4.7 percent year over year, a drop of 1.65 million head in one year.