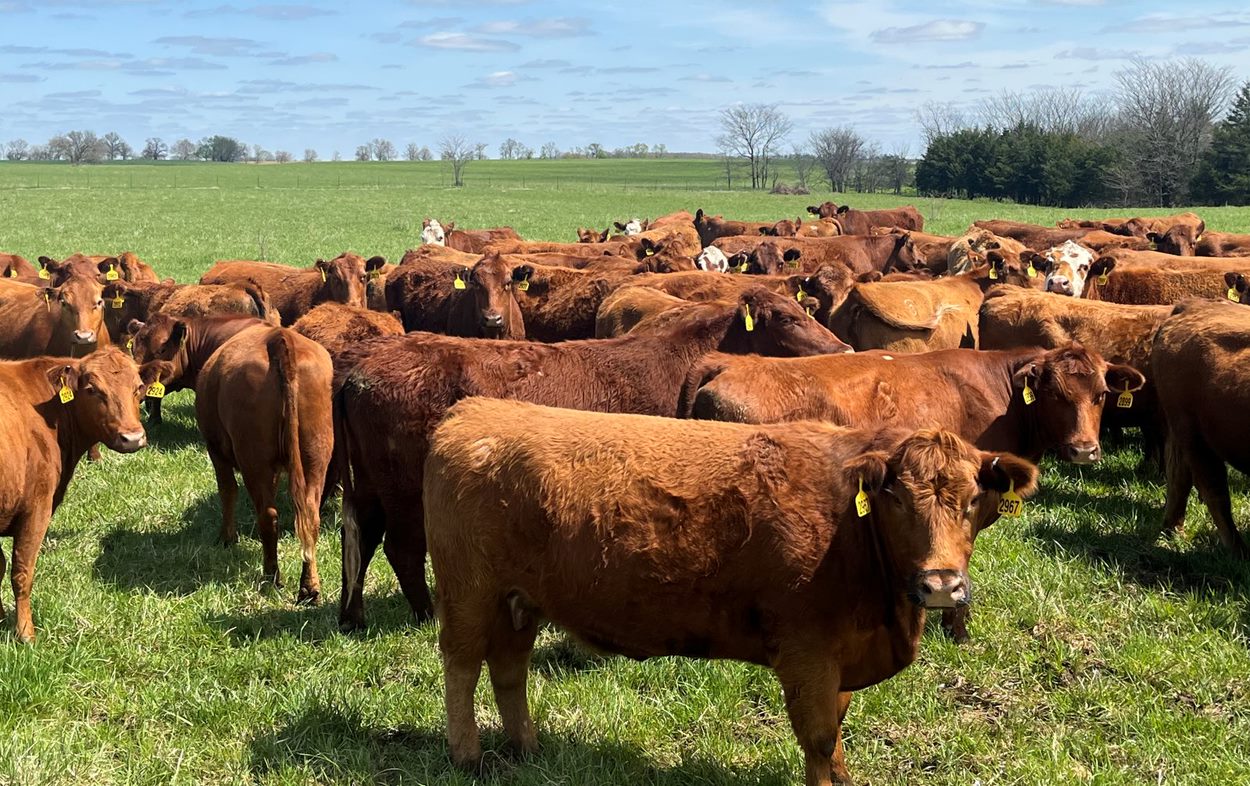 Beef/Cattle:  Drought and forage conditions led to an increase in expected cow and bull slaughter during 2022, offsetting lower expected fed cattle slaughter and raising 2022 production to 27.8 billion. Based on anticipated tight supplies of cattle next year, 2023 beef production is expected to decline 6.8 percent to 26.0 billion pounds. As a result, aggregate domestic beef disappearance in 2023 is expected to decline almost 7 percent to the retail equivalent of 55.1 pounds per capita, its lowest level since 2015. Cattle prices in 2023 are expected to increase close to record highs. The 2023 annual trade forecast is projected lower.

Drought is playing a significant role in the cattle cycle. Two years of drought have deteriorated pasture and forage conditions, and the pastureland condition index for 2022 is off to its worst start for the grazing season since the series began in 1995. This is pushing calves into the feedlots at a faster pace, which will likely quicken the pace of fed cattle slaughter in 2022, leaving fewer supplies of cattle available for slaughter in late 2022 and 2023.

Furthermore, drought conditions and higher operating costs have encouraged the rapid culling of beef cows in first-quarter 2022 to levels not seen in decades. Also, based on USDA, Agricultural Marketing Service reports for actual weekly slaughter under Federal inspection, April 2022 showed the highest number of beef cows slaughtered for the month since 1996; there were over 5 million more beef cows on January 1 of 1996 than January 1 of this year. Subsequently, the outlook weakens for the potential calf crops in 2022 and 2023, further reducing potential cattle placements year over year in late 2022 and early 2023.

In early 2022, a faster pace of placements and slower-than-expected pace of marketings of fed cattle has resulted in the largest on-feed numbers recorded for the month of April. This has likely kept feeder calf prices restrained given late-2022 fed cattle prices implied by the futures market in late 2022. The third-quarter 2022 price forecast is raised $1, but the fourth-quarter 2022 price is lowered $2, for an annual forecast of $162.80 per hundredweight (cwt), $0.20 lower than last month’s forecast.

Cattle prices in 2023 are expected to increase for a second consecutive year. Prices are expected to approach record levels set in 2014, a year when the U.S. cattle inventory was the lowest since 1952. With a smaller 2022 calf crop and higher anticipated beef cow slaughter in 2022, calf supplies are expected to contract in 2023. The average annual feeder steer price is expected to climb to $198.00 per cwt in 2023, $35 (or 22 percent) higher than the projection for 2022.