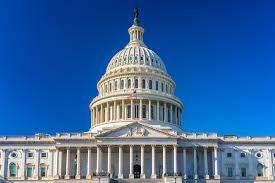 Some ranchers and farm groups are urging the Senate to amend legislation meant to bring transparency to cattle markets, saying it doesn’t go far enough to deal with industry consolidation.

The bipartisan bill, dubbed the Cattle Price Discovery and Transparency Act (S. 4030), would divide the country into regions and task the U.S. Agriculture Department with deciding, for each one, the minimum share of cattle that a packer must purchase through the cash market. The industry is dominated by four large meatpackers, with a growing gap between the price consumers pay for beef and the price ranchers get.

Sen. Deb Fischer (R-Neb.), the measure’s sponsor, and supporters are banking on it to help producers get a fair price for their cattle. They say the mandatory minimum for cattle purchased through the cash market, rather than other negotiations, will ensure that ranchers are getting the price they deserve.

The legislation hits a “sweet spot,” Fischer said at a hearing last month. The Senate Committee on Agriculture, Nutrition, and Forestry should consider the legislation in a few weeks, Chairwoman Debbie Stabenow (D-Mich.) said in an interview.

Cattle producers express skepticism, saying Fischer’s bill is too weak to do anything. An outside researcher says it could make their situation worse. The comments raise questions of how Congress can help ranchers whose numbers are dwindling to the tune of 40 family cattle farms a day, out of the roughly 700,000 such farms in the U.S., according to the Missouri Beef Industry Council.

“This bill essentially locks in for up to two more years the very market conditions that have given rise to the allegations that we have alleged in our lawsuit,” Bullard said. “In a sense, Congress would be sanctioning these very conditions that we alleged have caused tremendous harm to the cattle industry.” The complaint alleges that the packers colluded to suppress cattle prices. All four companies’ CEOs firmly denied that at a recent House committee hearing.

Tyson, in a statement, said there’s no merit to the allegations and that the company wants producers to succeed. A spokesperson also referenced a letter from the U.S. Chamber of Commerce to the House committee, saying high beef prices are not the meatpackers’ fault.

The bill could be a step back for the cattle market by getting in the way of the Biden administration’s plans to spur competition in the industry through stronger rules, said Tim Gibbons, communications director for the Missouri Rural Crisis Center, an advocacy group for family-owned farms and rural communities.

To make the bill better, and to deliver on real results, the groups raised the following ideas:

Setting a base AMA minimum price would take regulations a step further. Bullard said this change is essential, referencing a report by researchers at Georgetown University, ITAM, and The Ohio State University that found a 1% increase in the AMA share of transactions was associated with a 5% decrease in cash market prices.

On the other side of the debate, the National Cattlemen’s Beef Association, a trade group, has advocated against the legislation altogether, saying AMAs help many ranchers get fair rates for choice cattle. The group opposes any government mandates in the cattle market. The North American Meat Institute, another trade group, contends that the market will heal itself.

Congress has tried multiple times to tighten the country-of-origin rules since the regulations were repealed in 2015. The USDA earlier this year started surveying consumers on country-of-origin labeling as part of a Biden administration promise to help ranchers.

The major meatpackers, on the other hand, say the bill already meddles too much in the market, and blame market forces for high beef prices. 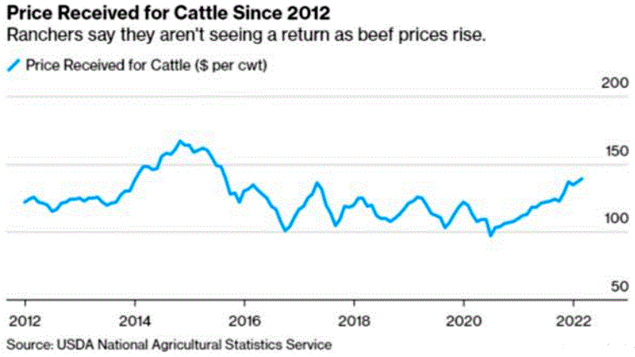 A Cargill spokesperson similarly said the claims lack merit, adding in a statement that the company competes “vigorously” and conducts ethical business in the market. Neither JBS nor National Beef Packing responded to a request for comment on the allegations of anti-competitive behavior.

Asked about the criticism from ranchers, a Fischer spokesperson said the senator is pushing for a markup of the legislation and would need to evaluate any amendments at that juncture. Booker, who broadly supports measures to spur competition in the industry but hasn’t signed on as a cosponsor, said his team is working with lawmakers in both parties to improve it.

“I’m concerned it doesn’t go far enough, but I’m going to do everything I can to see if we can move it forward,” he said.

The bill may not do much to help ranchers, said Agricultural economics professor David Anderson of Texas A&M University. Farms getting bigger and more specialized, rising feed costs, and droughts hurting cattle herds have made life harder for ranchers, he said.

Even America’s obsession with corn contributes to the problem, Anderson said. Some ranchers have switched away from cow farming to growing the country’s most abundant crop.

“There are some people that it riles up pretty good,” Anderson said. “But I think we ought to have the best information we can have for folks to make a decision.”