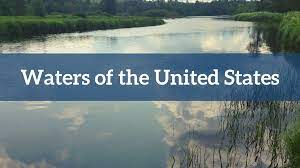 The Supreme Court has ruled a Trump-era Clean Water Act rule may remain in effect for the time being.

The case regarded whether or not the higher court should stay an October order by the District Court for the Northern District of California to vacate the Trump administration’s Clean Water Act (CWA) Section 401 certification rule.

In a 5-4 decision on April 6, the Supreme Court’s three liberal justices, along with Chief Justice John Roberts, dissented on the case, while the five conservative justices voted to reinstate the law, pending the appeal’s fate in the U.S. Court of Appeals for the 9th Circuit. The order gave no reasons for the decision—typical for emergency applications.

“The case will be fully briefed in the Court of Appeals next month,” wrote dissenting Justice Elena Kagan. “The applicants have given us no good reason to think that in the remaining time needed to decide the appeal, they will suffer irreparable harm.”

Kagan wrote that the handful of states and energy industry associations who requested the stay had not demonstrated an emergency need for a stay. She said the applicants did not cite a single project that a state has obstructed in the five months since the district court’s decision or a project that is threatened by the ruling in the time before the appellate process concludes. Kagan also noted the applicants twice waited a month before seeking relief, further demonstrating the lack of emergency.

“By nonetheless granting relief, the Court goes astray,” she wrote. “It provides a stay pending appeal, and thus signals its view of the merits, even though the applicants have failed to make the irreparable harm showing we have traditionally required.”

She concluded that the decision renders the court’s emergency docket not for emergencies at all, and the docket becomes “only another place for merits determinations—except made without full briefing and argument.”

The 2020 Trump-era rule limited states’ and Tribes’ authority to impose conditions on federal permits for projects that would create discharges into state or Tribal waters, such as pipelines or other energy projects. The administration said the rule would help fast-track energy projects.

The October ruling effectively restored the Environmental Protection Agency’s (EPA) prior rule, which was adopted in 1971, until the Biden administration rewrites the rule.

Applicants requesting a stay wrote in a March filing that the district court vacated the Trump rule without finding any aspect of the rule unlawful, based on its own doubts about the rule’s propriety.

“A district court vacated nationwide a landmark rule adopted by the prior administration, without even engaging with the (Administrative Procedure Act), and without bothering to discuss most of the rule’s provisions,” the applicants wrote.

“Absent a stay, applicants will suffer irreparable harm from the loss of the rule’s protections, which protections applicants had successfully sought to stop certain states’ abuses. Now, these states will return to their abusive practices, infringing upon applicant states’ sovereignty, while financially harming all applicants.”

Later in March, the Biden administration wrote to the Supreme Court justices and agreed the district court had indeed lacked the authority to vacate the rule without first determining its validity. However, the administration said the applications had not demonstrated the need for a stay and requested the rule not be reinstated, as officials have already reverted back to the 1971 regulations.

“That effort would divert time and resources away from the agency’s rulemaking, which remains ongoing,” wrote Solicitor General Elizabeth Prelogar.

Environmental groups expressed criticism of the court’s ruling. “The court’s decision to reinstate the Trump administration rule shows disregard for the integrity of the Clean Water Act and undermines the rights of Tribes and states to review and reject dirty fossil fuel projects that threaten their water,” said Moneen Nasmith, senior attorney at Earthjustice.

“We have serious water challenges to address as a nation, and as EPA administrator, I will not hesitate to correct decisions that weakened the authority of states and Tribes to protect their waters,” said EPA Administrator Michael Regan in a statement in May.

The Supreme Court will also hear the CWA case Sackett v. EPA et al. later this year, which will determine whether the 9th Circuit Court of Appeals followed the proper determinations for classifying a wetland as a WOTUS.