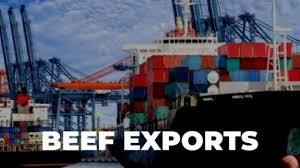 In recent weeks, the USDA Foreign Agricultural Service has posted numerous country reports from beef producing, consuming and trading countries, culminating in the April release of the Livestock and Poultry: World Markets and Trade report.  These reports provide the most current assessment of the global livestock and poultry market situation.

Brazil is projected to be the largest beef exporting country again in 2022 with exports forecast to increase 12.1 percent year over year.  Brazil has been the largest beef exporting country for the last five years consecutively and the largest in 14 of last 20 years after first becoming the largest exporting country in 2004.  Brazil is projected to account for 22 percent of global beef exports this year.  After disruptions in 2021, Brazil is again exporting beef to China/Hong Kong.  Exports to the U.S. increased by 131 percent in 2021 and are sharply higher thus far in 2022, following increased Brazilian market access for fresh product in early 2021.  However, Brazil will encounter sharply higher tariff rates in 2022 for exports to the U.S. once the “other country” Tariff Rate Quota (TRQ) is met.

The second tier of beef exporting countries are a much smaller second, third and fourth place behind Brazil. The U.S., India and Australia are all roughly the same size as exporters.  By a small margin, the latest USDA forecast is for the U.S. to be the second largest beef exporting country for the second consecutive year in 2022, with total exports just 58 percent of exports from Brazil. U.S. beef exports are expected to decline modestly from record 2021 levels but will remain at historically high levels.

India is forecast to be the third largest beef exporting country in 2022 with exports increasing year over year from 2021 levels.  India was the largest global beef exporter from 2014-2016 but slowed and declined to a recent low in 2020 before recovering.  Production of bovine meat in India includes beef and meat from water buffalo (carabeef).

Australia is forecast to be the fourth largest beef exporting country in 2022.  Beef production in Australia dropped to the lowest level more than two decades in 2021 as the industry began to rebuild from several years of drought-forced liquidation.  Beef exports are forecast to increase by 14.2 percent year over year in 2022.  Australia accounted for just 12.3 percent of U.S. beef imports in 2021, the lowest on record.  This compares to an average share of nearly 29 percent for the prior 20 years.