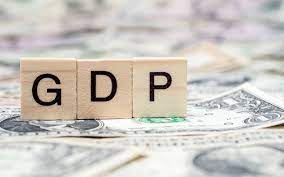 The numbers: The U.S. economy shrank 1.4% in the first quarter on an annualized basis to mark the first drop since the onset of the pandemic, but the decline mostly stemmed from a record trade deficit. Robust consumer spending and businesses investment signaled the economy was still steadily expanding.

Gross domestic product, the scorecard of sorts for the economy, was considerably weaker in the first three months of the year, government figures show. GDP surged by 6.9% at the end of 2021.

Yet most of the weakness stemmed from a soaring U.S. international trade deficit. The gap in goods trade, for instance, averaged a record $113 million in the first quarter vs. $87 billion in same quarter one year ago.

The trade deficit by itself reduced GDP by a whopping 3.2 percentage points, the third highest number on record.

Lower government spending and a decline in inventory stockpiles also contributed to the frail GDP number.

“This is noise, not signal,” said chief economist Ian Shepherdson of Pantheon Macroeconomics. “The economy is not falling into recession.”

Another measure that economists prefer as a better gauge of U.S. growth, known as final sales to domestic purchasers, rose by a solid 2.6% in the first quarter.

Big picture: Economists warned before the GDP report the headline number would look bad, but that the details would look a lot better.

Consumer spending and business investment, the two main pillars holding up the economy, were both fairly strong. Household outlays rose 2.7% after adjusting for inflation. That suggests the U.S. recovery from the pandemic has more room to run.

More tripwires lay ahead, however.

Key details: Consumer spending rose at a 2.7% rate in the first quarter, up from 2.5% in the fourth quarter and above the 2.3% average in the 10 years prior to the pandemic. Household purchases account for about 70% of U.S. economic activity.

The record U.S. trade deficit put as huge dent in first-quarter GDP. Imports soared 17.7% while exports fell by 5.9%. Since 1950 the only other time trade has subtracted as much from GDP was in the early stages of the pandemic in 2020.

The value of inventories shrank by $34.5 billion after one of the biggest buildups in decades in the fourth quarter. Massive stockpiling at the end of 2021 largely explains the spike in fourth-quarter GDP.

Government spending fell at a 2.7% clip in the first quarter. Federal stimulus has dried up while states and local governments are still minding their money.

The rate of inflation rose at an annual 7% rate, the highest since 1981.

Looking ahead: “The unexpectedly severe 1.4% annualized decline in first-quarter GDP growth probably won’t stop the Fed from hiking interest rates by 50 basis points next week, since officials will chalk it up to the temporary impact of omicron and point to the strength of underlying demand,” said chief U.S. economist Paul Ashworth of Capital Economics.