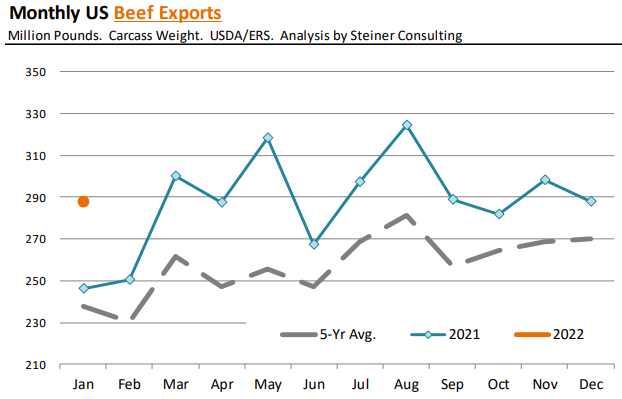 Total beef exports in January were estimated at 287.6 million pounds, 41.6 million pounds or 16.9% higher than the previous year. China continues to be a major driver of this growth as it emerged from a non-market (due to BSE ban) to the third largest market for US beef last year. In January US beef exports to China were 48.3 million pounds on a carcass weight basis, more than double last year’s levels and accounting for 62% of the overall increase. US commercial beef production in January was 2.266 billion pounds, which means China accounted for 2.1% of the US output. US exports in January represented 12.7% of US production.