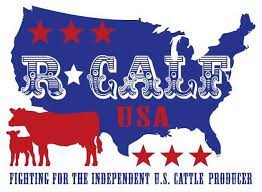 “R-CALF USA remains deeply disappointed that Congress has not yet taken any meaningful action to address the serious crisis in the cattle industry that is now entering its eighth year.

“What we do know based on what USDA does still report is that we’ve lost another 1,000 small independent feedlots just between 2020 and 2021.

“Based on the combination of widespread drought and the broken marketplace, we fear our industry’s losses of cattle farmers and ranchers and cattle feeders are substantial and ongoing.

“We asked Congress to take decisive action to restore the competition purged from our cattle markets by the largest packers that shifted large volumes of cattle out of the competitive cash market and placed them in non-competitive captive supply arrangements. Some or all of these captive supply arrangements are akin to packer ownership and control of cattle.

“While we reserve our opinion regarding the modified compromise bill pending our ongoing analysis, we remain concerned that at its heart, the proposal authorizes the USDA to take up to two more years before it even establishes minimum cash volume requirements; to set those minimum requirements at the same inappropriate level that they’ve been at during the past two years; and then to keep them at that inappropriate level following the required review after the first two years of implementation and periodic reviews after each five-year increment.

“We were hoping Congress would provide a measured response to this serious crisis and we will continue wading through this complicated proposal to determine if it provides any meaningful reform worthy of America’s independent cattle producers’ support.”