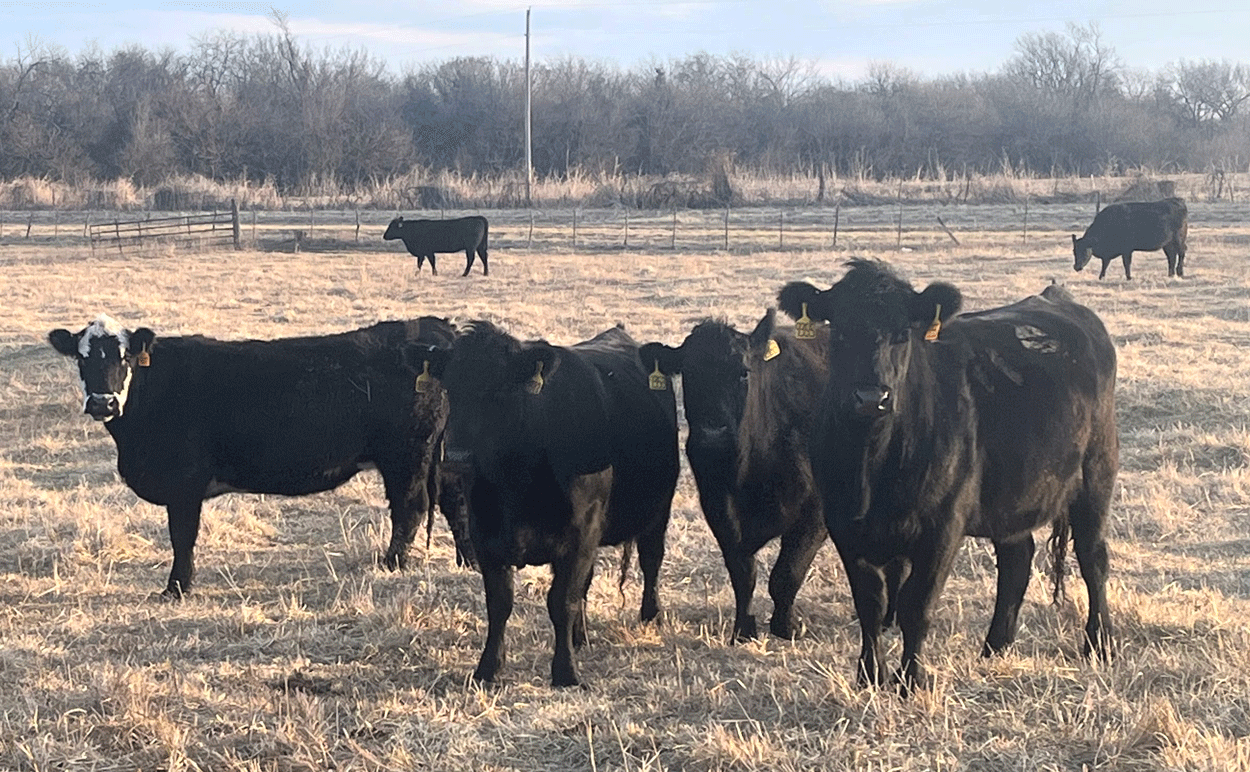 In the USDA, National Agricultural Statistics Service (NASS) semiannual Cattle report released on January 31st, the total number of cattle and calves on January 1, 2022, was estimated at 91.902 million head—2 percent, or nearly 1.888 million head lower than the previous year. In 2019 the cattle and calves inventory was 94.805 million head, but over the last 3 years, it has declined to its present level. Most of the decline can be attributed to fewer cows and heifers having calved, down by 2 percent or 786,000 head, especially beef cows, which were 719,000 head—or 2.3 percent—lower than a year ago. States with the largest reductions in beef cows included South Dakota (-189,000), Texas (-160,000), Missouri (-94,000), and Montana (-90,000 head). Poor pasture and range conditions were the primary causes of this contraction in the West and Plains regions. Hay stocks on December 1, 2021, were also down 6 percent from a year ago, and tight supplies in parts of the country may have influenced producers’ ability to maintain cow herds.

Compared to last year, beef cattle producers are indicating their intentions to retain 3 percent fewer heifers for beef cow replacement, with the largest reductions in Texas (-110,000 head) and Montana (-50,000 head). The number of heifers expected to calve during the year is also down 3 percent. The lower number of heifers retained implies that the national herd is unlikely to expand. A similar pattern is reflected on the dairy side, with milk cow numbers down 1 percent and heifers for milk-cow replacement down 3 percent.

The calf crop for 2021 was estimated at 35.085 million head, or about 410,100 head lower than 2020. The total number of cattle on feed was estimated at 14.7 million head on January 1, 2022, relatively unchanged from 2021. The lower 2021 calf crop and relatively stable cattle on feed numbers contributed toward fewer cattle outside feedlots at the beginning of the year, which totaled 25.5 million head or 3 percent below January 1, 2021, indicating supplies of cattle for placement during the year are likely to be constrained.

Beef Production Up Fractionally in 2022

The 2022 annual forecast for commercial beef production was raised by 210 million pounds to 27.375 billion pounds from last month due to expected strong fed cattle slaughter and heavier average dressed weights. More feeder cattle entered the feedlots than initially expected late in the fourth quarter, and placements in the first part of 2021 are expected to reflect tight forage supplies and conditions in winter pasture areas. This will lead to higher fed cattle marketings and slaughter during 2022. While fed cattle slaughter is expected to rise in the second-half, cow slaughter is forecast slightly lower due to fewer cows being available for slaughter and expectations that producers will retain cows to rebuild their herds in the face of improved returns and favorable pasture and forage conditions. Average carcass weights are raised in second-half 2022, reflecting a large number of fed cattle and fewer non-fed cattle slaughtered in the second half 2022.

In December, U.S. beef exports set a record for the month at 288 million pounds, about 1 percent above a year earlier and more than 9 percent above the 5-year average. With the aid of larger year-over-year shipments to other markets, exports to China, South Korea, Canada, and Taiwan more than offset reduced purchases from Mexico, Hong Kong, Japan, and Vietnam. For 2021, exports tallied a record 3.447 billion pounds, up almost 17 percent from a year ago and about 18 percent above the 2016–2020 average.

U.S. beef sales to Japan were 6 percent lower in December than in 2020, bringing 2021 shipments just shy of 2020 levels. As shown in the table below, Japan was responsible for less of the export share than in 2020 but remained the top destination at 826 million pounds. Shipments to South Korea, the number two destination, set a record for the month of December at 58 million pounds, a rise of 17 percent from 2020. Total 2021 beef sales to South Korea set a record at 786 million pounds, and it was one of two major destinations with an expansion in the share of U.S. beef exports over 2020.