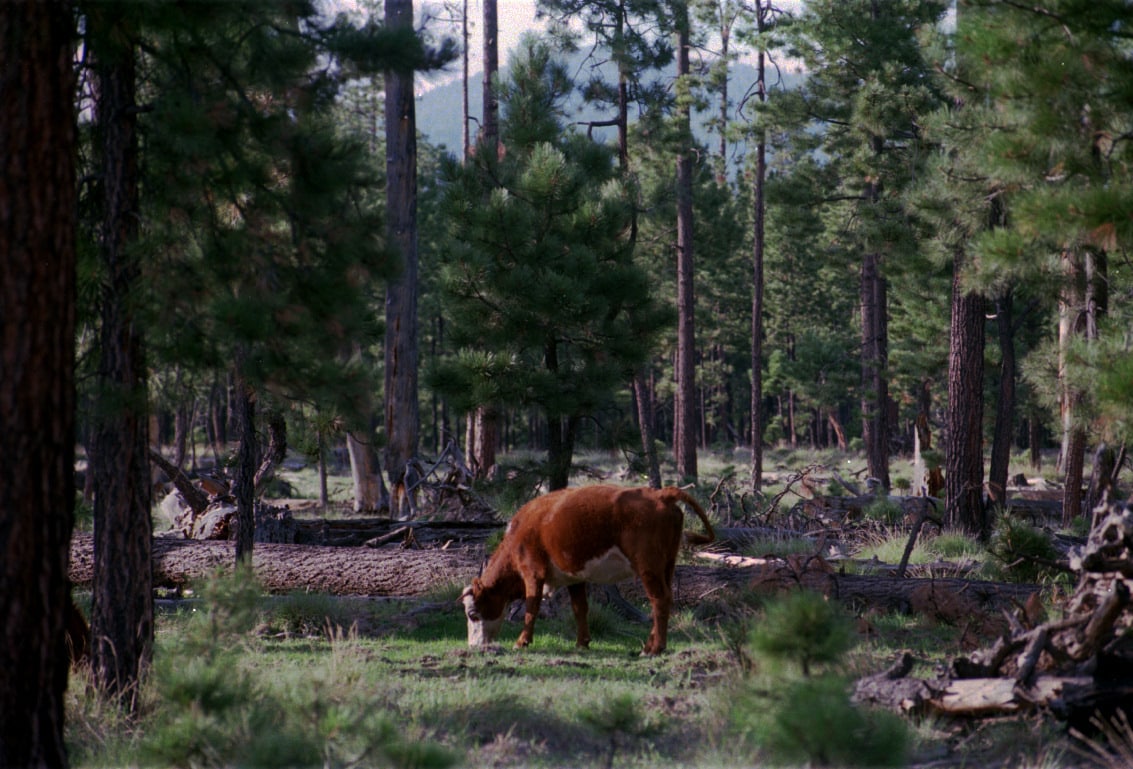 A judge has given federal officials the green light to shoot feral cows from helicopters in the Gila National Forest.

The U.S. Forest Service says the unbranded cattle must be removed immediately because the herds are damaging wilderness areas and are a threat to the public.

The New Mexico Cattle Growers’ Association on Wednesday had asked the court for a temporary restraining order on the operation along the state’s western border, arguing that the federal government was violating livestock laws.

“We are opposed not to the removal of the stray cattle out of the Gila,” Patterson said. “We are opposed to the method of shooting them from helicopters.”

But a federal district court judge denied the motion.

About 200 cows roam the Gila Wilderness, according to the Forest Service.

“These are not domesticated cattle,” U.S. Agriculture Department attorneys wrote in court documents. “There are no active grazing allotments in the area where the cattle are found and the Forest Service has not identified any tags or brands indicating ownership.”

“More discussion is not needed at this point. Action is what’s needed to protect the water and wildlife of the Gila River,” Estrella said.

The feral cattle problem dates back to the 1970s, when a rancher went bankrupt.

The rancher who then inherited the grazing permits on the Gila, which were terminated in the late 1990s, could not gather or manage many of the cows.

The cows have been reproducing ever since.

The Forest Service notes that the animals “have been known to charge hikers.”

“There is one ongoing contract for a combination of roundup and lethal means on site, and that’s in recognition that it’s not possible, or safe, to round up all of the cattle,” she said.

Past on-the-ground roundups have directed unbranded, unclaimed livestock to a Belen sale barn.

But feral cows that never belonged to ranchers are hard to catch in the rugged wilderness.

Feral cows have overgrazed this riverside area of the Gila National Forest. Federal agencies have worked since 1998 to remove the cattle. (Robin Silver/Center for Biological Diversity)

“It’s a detriment to the ecosystem and to the beef industry in New Mexico,” said Billings, who raises cattle on private land.

But the ranchers argue that aerial shooting should not be the solution.

“That’s 150,000 pounds of wasted beef that could go into the economy, and is just going to be shot and left lie,” Billings said.

The agency first notified the New Mexico ranchers of the proposed helicopter operation as early as fall 2020.

The operation could end as soon as Friday. It’s unlikely the agency could do another aerial shooting roundup until next February.

State lawmakers waded into the bovine brouhaha on Thursday at a meeting of the House Agriculture, Acequias and Water Resources Committee.

The committee voted 5-2 to pass a memorial that would task the state Livestock Board, Agriculture Department and U.S. Forest Service “to work together … to expedite the removal” of the unbranded cattle.

“We also think that this is a very inhumane way – we’ve got a helicopter up there chasing cattle all over the forest,” Terrazas said.

Environmental groups countered that the agency collaboration outlined in the memorial already exists.

They pointed to the operation’s goal of targeting feral cows, not estray livestock from ranches.