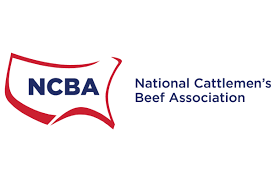 Denver - It is incredibly disappointing that media outlets like the New York Times continue to publish opinion pieces like today's Meet the People Getting Paid to Kill Our Planet, which not only threaten the livelihoods of American farmers and ranchers, but are also riddled with misinformation and lacking in credible sources.

The National Cattlemen's Beef Association's (NCBA) primary goal is protecting the livelihoods of America's cattle farmers and ranchers. It is our responsibility to ensure these men and women have the ability to pass their farms and ranches - 90% of which are family-owned and operated - down to the next generation.

The vast majority of these family-owned, multi-generational operations are small in size with fewer than 50 head of cattle. They rely on NCBA to protect them from misinformation and attacks by activists aiming to put them out of business with tactics like the faulty information and sensationalist reporting included in this piece. NCBA is armed only with fact-based, credibly-sourced and scientifically-vetted information, that is often less interesting than the wild claims made by opponents of American agriculture.

To address all the incorrect claims made in the 14-minute video would be akin to writing a thesis, but in support of American beef farmers and ranchers, we'd like to address several.

Simply put, the New York Times claims about emissions and land use are not true.

Almost a third of U.S. land is too rocky or dry to be used for growing food crops, but it's perfect for cattle. This otherwise inarable land allows for cattle to contribute more than three-times as much high-quality protein to the U.S. food supply than they consume, directly helping to increase food security in the United States.

Not only that, but science shows that cattle ranches provide numerous ecosystem benefits like preserving wildlife habitats, defending against invasive plants, mitigating wildfires and storing carbon. In fact, the U.S. lands that cattle graze and preserve are crucial for carbon sequestration, as they are estimated to contain 10-30% of the carbon stored in soil.

Senator Cory Booker (D-N.J.) continues to take swings at the industry without an understanding of how the industry actually operates and the sustainability measures that have long been in place. Enjoying beef and supporting America's farmers and ranchers is not a partisan issue. America's cattle farmers and ranchers have long been stewards of the land, air and water resources upon which their livelihoods depend. It is probably difficult for a vegan from New Jersey to understand the role of agriculture in our rural communities, but it's critical to the continued success of America.

To suggest that farmers and ranchers sharing their stories is part of a "myth" and a lobbying strategy is untrue and offensive. Cattle farmers and ranchers understand the importance of protecting natural resources and they are continuously working to improve their practices in ways that benefit their land and their animals. They put into place management plans, invest in education and practices that improve animal welfare, reduce runoff from pastures and protect intact grasslands where cattle graze and animals like deer, elk, antelope and migratory birds depend upon. Cattle farmers and ranchers have set goals for continuous improvement.

Because of decades of research, innovation and improvement, the U.S. is the global leader in sustainable beef production. Examples of innovation include enhanced productivity practices such as improved cattle genetics, more precise animal nutrition, increased resilience and efficiency and improved resource use, among others.

That's why U.S. beef's carbon footprint is 10 to 50 times lower than other regions of the world. In fact, between 1961 and 2019, the U.S. beef industry has reduced emissions per pound of beef by more than 40% while also producing more than 60% more beef per animal.

The beef industry shares a commitment to sustainability. It would be nice if the solution was as simple as eliminating a single food from our plates, but it's not. Sharing opinion pieces that masquerade as journalism is irresponsible and damaging to the livelihoods of nearly a million farmers and ranchers across the country. We're disappointed in the New York Times' decision to publish this piece without properly vetting the information, and we'll continue to defend against misinformation and propaganda that targets American agriculture without apology.