China bought None of the $200 Billion it promised from the U.S. under ‘Phase 1’ Trade Deal 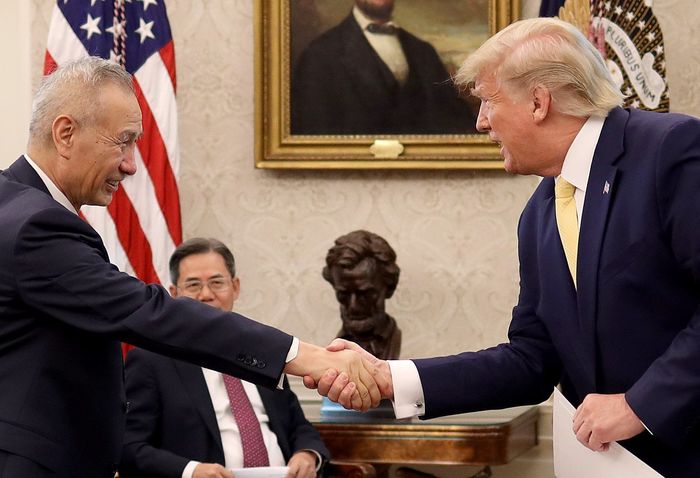 Even on the day two years ago that the trade deal was inked, there was skepticism that China would live up to its pledge to spend $200 billion more on U.S. goods and services.

But a new study finds China didn’t even spend an additional dime on U.S. products.

Chad Bown of the Peterson Institute for International Economics examined the so-called Phase 1 agreement inked during the administration of former President Donald Trump. China agreed to buy at least $227.9 billion of U.S. exports in 2020 and $274.5 billion in 2021, for a total of $502.4 billion over the pact’s two years, he noted. In reality: U.S. exports of covered goods and services to China over the two years totaled $288.8 billion. 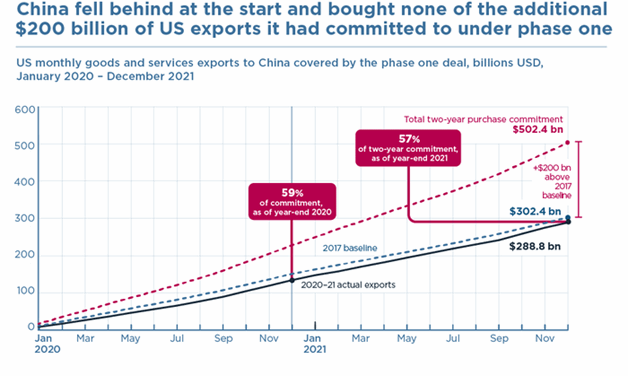 There were many reasons for this failure. The trade war that preceded the trade pact, finalized in January 2020, meant that U.S. goods exporters started in a hole, Bown said.

The pandemic was another big factor, as it slammed services exports, as well as travel and education. Financial-services exports and charges for intellectual property were down slightly in 2020, though Bown said they may improve over the longer term.

U.S. agricultural exports, which were politically significant, did recover from the trade war but also fell shy of commitments under the deal, Bown said.

Bown conceded that the deal wasn’t a total washout. “The deal did halt his spiraling trade war. And several of its elements should be kept, notably China’s commitments to remove technical barriers to U.S. farm exports, respect intellectual property, and open up its financial services sector,” he said. But the main lesson of the phase one agreement, according to Bown, was that different terms for the trade relationship are still needed.