U.S. Leading Indicators Climb 0.8% even as Omicron Dents the Economy 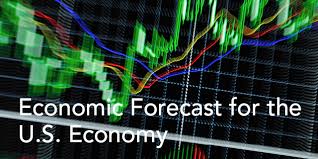 The numbers: The U.S. leading index rose a solid 0.8% in December, signaling steady growth even as the record spread of the omicron virus nibbled at the edges of the economy.

Economists polled by The Wall Street Journal had forecast a 0.8% increase.

The LEI is a weighted gauge of 10 indicators designed to signal business-cycle peaks and valleys.

Key details: A measure of current economic conditions rose 0.2% in December, a bit faster than in the prior month, the Conference Board said Friday. The privately run company is the publisher of the report.

The so-called lagging index — a look of sorts in the rearview mirror — rose 0.1%.

Big picture: The U.S. economy suffered a blow from omicron at the end of 2021 and in early 2022. Yet the economy is likely to rebound quickly as caseloads peak nationally and start to sink in the areas that were hit hard early on.

U.S. growth is unlikely to be as fast this year, however, with the Federal Reserve preparing to raise interest rates and Washington no longer providing gobs of stimulus.

Looking ahead: “For the first quarter, headwinds from the omicron variant, labor shortages, and inflationary pressures as well as the Federal Reserve’s expected interest rate hikes may moderate economic growth,” said Ataman Ozyildirim, senior director of economic research at the board.

Market reaction: The Dow Jones Industrial Average DJIA, -0.42% and S&P 500 SPX, -1.04% fell again in Friday trades. Stocks have tumbled in the past week and interest rates have risen in anticipation that the Fed will hike interest rates as soon as March.