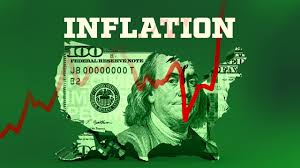 Americans experience another sharp increase in prices in December as the Fed’s preferred inflation barometer rises 0.5%

The numbers: A measure of U.S. inflation preferred by the Federal Reserve leaped 5.8% in 2021 after another sharp increase in December, underscoring why the central bank is moving to raise interest rates for the first time in four years.

The cost of goods and services advanced 0.4% in December, based on the government’s personal consumption expenditure price index.

The increase capped off the biggest spike in inflation in decades. The PCE index rose in 2021 at the fastest pace since 1981.

The better known consumer price index jumped by an even higher 7% in 2021. That’s the largest move since 1982.

A narrower measure of inflation that omits volatile food and energy costs, known as the core PCE, rose by 0.5% in December. Economists polled by The Wall Street Journal had forecast a 0.5% increase.

The Fed views the PCE index — the core rate in particular — as the most accurate measure of U.S. inflation. It’s more comprehensive and takes into account when consumers substitute cheaper goods for more expensive ones, among other things.

How come? Persistent shortages of labor and supplies that have underpinned the surge in inflation are expected to subside. Government stimulus has dried up. And higher interest rates are expected to dampen demand.

What’s less clear is just how much inflation will slow. Price increases have spread to a broader range of goods and services and wages are also rising at the fastest pace in decades.