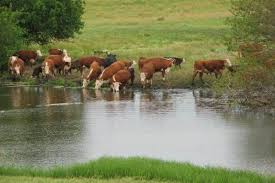 In a short order this morning, the justices said they would take up Chantell and Michael Sackett’s challenge to a lower court ruling that had applied a definition of “waters of the U.S.” or WOTUS, established in the 2006 case Rapanos v. United States, to determine that the couple needed a Clean Water Act permit to build on their land.

The Sacketts have been to the Supreme Court before. In 2012, the justices agreed with the couple that landowners have the right to immediate judicial review of EPA Clean Water Act enforcement orders.

EPA’s order against the Sacketts had stopped them from building a home on their land in Priest Lake, Idaho, and threatened fines of more than $30,000 a day.

In Sackett v. EPA, the couple said the Supreme Court now needs to give a definitive answer on which of the two competing WOTUS definitions that emerged from the 4-1-4 Rapanos decision controls (E&E News PM, Sept. 23, 2021).

A federal court has since struck down the Trump rule. The Biden administration is planning to issue a new regulation.

Justice Department attorneys had asked the Supreme Court to stay out of the dispute until Biden’s EPA and Army Corps of Engineers have had a chance to release the new rule.