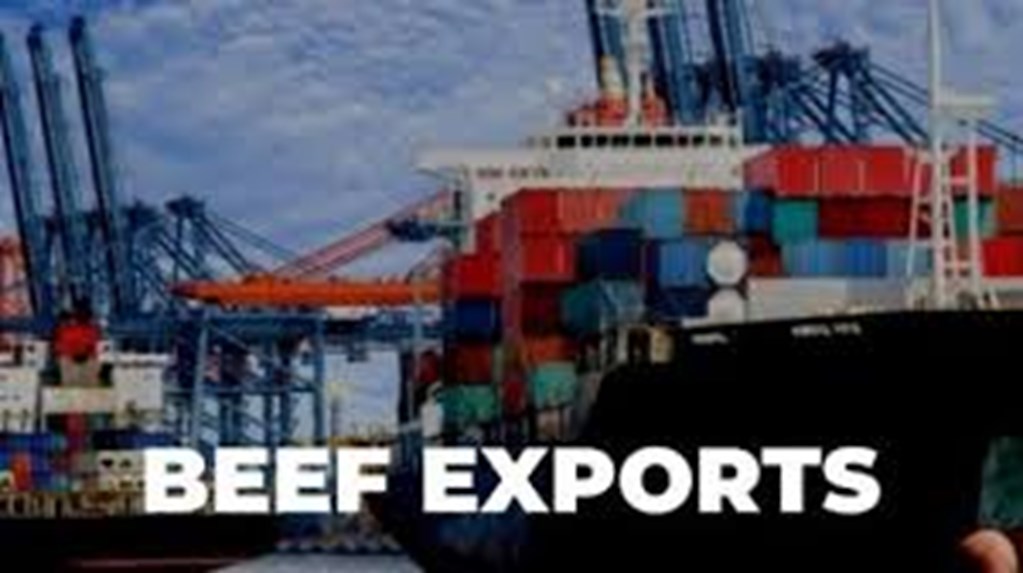 U.S. beef export value reached another new high in November, topping $1 billion for the second time in 2021, according to data released by USDA and compiled by the U.S. Meat Export Federation (USMEF). November pork exports were lower than a year ago, but year-to-date export value maintained a record pace at more than $7.5 billion.

November beef exports totaled 123,641 metric tons (mt), up 7% from a year ago and the fourth largest monthly volume in the post-BSE era. Export value was a record $1.05 billion, up 49% year-over-year and exceeding the previous high set in August 2021. For January through November, beef exports were on a record volume pace at 1.32 million mt, up 16% from a year ago. Beef export value, which had already set a new annual record through October, increased more than $2.5 billion from a year ago, soaring 39% to $9.59 billion.

“With one month of results still to be tabulated, it’s very gratifying to see red meat exports setting new annual records and achieving remarkable growth over a wide range of markets,” said USMEF President and CEO Dan Halstrom. “It is important, however, that we do not take this success for granted or allow it to detract from the challenges facing U.S. agriculture. Global demand for U.S. red meat has never been stronger, but labor and transportation obstacles and high input costs across the supply chain make it increasingly difficult to satisfy this demand. USMEF greatly appreciates the effort by lawmakers, maritime regulators and other officials to address the persistent congestion at U.S. ports, but this continues to be a costly and frustrating situation for U.S. exporters and their international customers.” 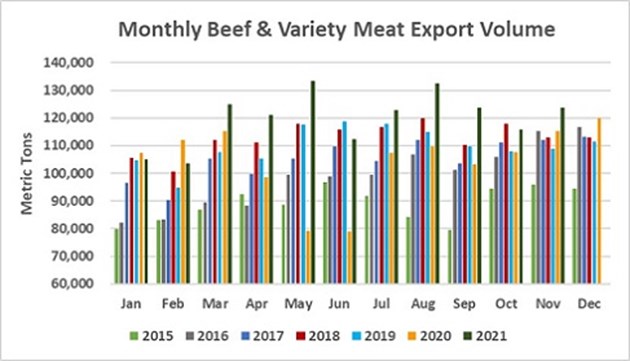