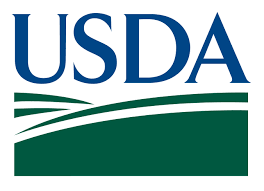 In addition to the monthly Cattle on Feed report on January 21, USDA will issue the annual Cattle report on January 31.  This report provides January 1 cattle inventories for a variety of cattle classes as well as the calf crop total for the previous year with a complete breakdown for all states.  The report may also include revisions to values reported previously, which can complicate interpretation of the report.  This report follows the July Cattle report which provides national numbers for the same inventory categories but is based on a smaller survey and does not include individual state values.  The July report provided the first estimate of the 2021 calf crop.

The report provides confirmation of what did happen last year and provides some information that helps to shape expectations for this year.  For example, there is little doubt that the beef cow herd is smaller compared to a year ago.  The general feeling among analysts seems to be that the herd likely decreased 1.5-2.0 percent in 2021, with some possibility that the decrease was over 2 percent.  The level of beef cow slaughter in 2021 was up 9.1 percent year over year leading to a culling rate of 11.44 percent for the year, the highest since 2011. In 2011, the beef cow herd decreased 2.04 percent.  However, the net change in the beef cow herd in 2021 depends also on what happened with beef replacement heifers.