How We Got Here: A Brief History of Cattle and Beef Markets 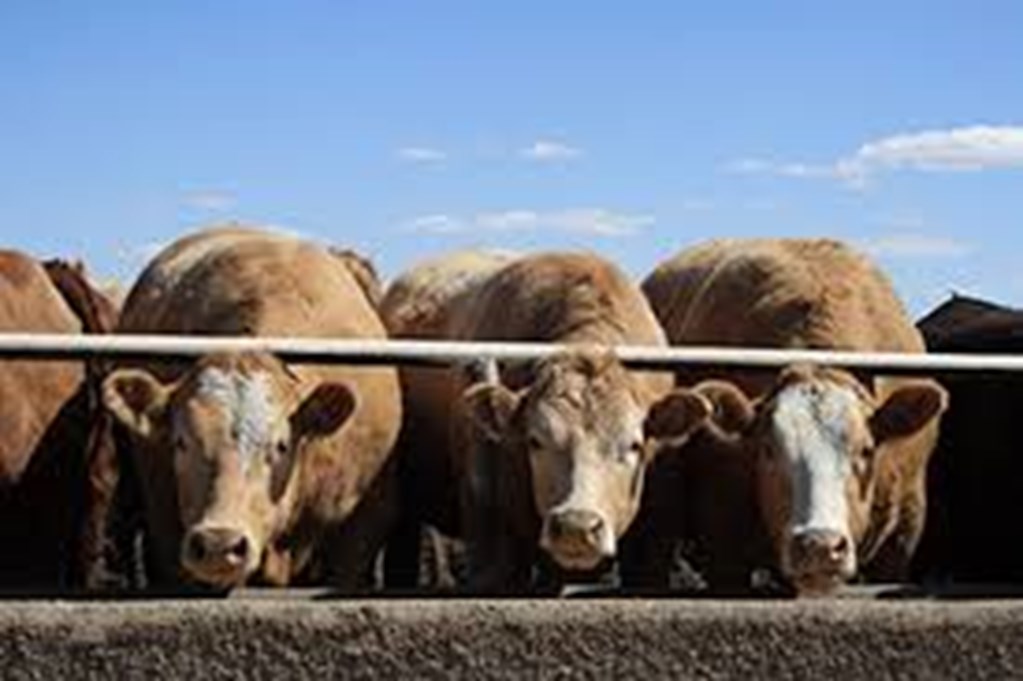 The issues facing the beef cattle industry today are not new; indeed, some have roots that extend back over a century. For the most part, though, today’s controversies related to fed cattle pricing mechanisms have their origin in the profound changes in the beef cattle industry that began in the 1960s and 1970s. These changes ultimately relate to efficiency gains along the entire beef supply chain and the pressure to capture the benefits of that efficiency through increasing size and tighter supply chain coordination.

Following the peak in cattle numbers at 132 million head in 1975, increased productivity in the beef industry helped maintain the level of beef production despite falling cattle numbers. Beef production per cow increased from less than 250 pounds per cow in 1950 to over 660 pounds per cow currently. Total beef production is projected to reach a record level of 27.7 billion pounds in 2021 despite commercial cattle slaughter being only about 75 percent of its 1976 peak. Technological progress (i.e., improved genetics, hormone implants, feed additives) contributed to significant carcass weight gains, with steer carcass weights increasing from 656 pounds in 1960 to 907 pounds in 2020, an average increase of 4.2 pounds per year.

Because of growth in population and increases in exports, domestic per capita consumption has declined even as production has increased. Per capita beef consumption reached peak of 95 pounds in 1975 and has generally decreased since to the current level of about 55 pounds/capita. Beef demand incorporates information not only on the quantity of beef consumed but also on the price that consumers pay. Beef demand decreased from 1980 to about 1998 then increased with another drop in 2010-2011 followed by general increases in the last decade.

The packing sector was evolving rapidly along with the cow/calf and feeding sectors. Boxed beef fabrication technology was introduced in 1967 by Iowa Beef Processors (later IBP and later still Tyson) and rapidly became the dominant wholesale beef technology in the 1970s, profoundly changing wholesale and retail beef markets. Boxes utilized refrigerated shipping capacity much more efficiently than the swinging carcasses that they supplanted and also greatly reduced the inefficiency of shipping bone, fat and trim that was now removed at the point of slaughter. As consumer preferences shifted toward lean beef beginning in the 1980s, the consequent move to “close-trim” product magnified fabrication efficiencies by further reducing shipping costs and facilitating markets for tallow.

As more and more fabrication has shifted to the packer, the number of specific beef items has proliferated such that the major packers now produce several thousand different beef products and by-products for customers in retail grocery, further processing, food service, and export markets. Boxed beef prices attempt to capture the wholesale value of this wide variety of beef products and convert it to a rough carcass equivalent. Boxed beef prices are calculated from of a set of roughly 50 reported wholesale cut prices. The set of products included in the boxed beef price calculation changes over time to reflect changing fabrication styles and product mixes. This makes the reported boxed beef price more closely reflect the value at a point in time but more difficult to compare over time. Today’s boxed beef prices reflect products with substantially higher levels of fabrication than in the past.

The cost efficiencies associated with larger operations in increasingly sophisticated and capital-intensive beef packing and fabrication (known as economies of size) led to rapid concentration of beef packing in the 1980s. The four-firm concentration ratio increased from less than 30 percent in the late 1970s to over 80 percent in just about a decade through a series of mergers and acquisitions by the largest firms. The four-firm concentration ratio has been relatively stable since the early 1990s, averaging 80.2 percent from 1993 – 2008 then increasing in 2009 and averaging 84.6 percent the past decade. Large firms have market power, raising the potential for anti-competitive behavior. Research shows that small but significant negative price impacts of market power is outweighed by several magnitudes in cost efficiencies that benefit producers and consumers.

Prior to the 1990s, most fed cattle were priced on averages, with little quality differentiation. With most all cattle receiving the same average price, high quality cattle were undervalued and low-quality cattle were overvalued. Packers had little incentive to differentiate cattle quality: they had to process all the cattle anyway and all that was important was to get the average correct. Producers had little incentive to improve cattle, leading to poor quality grading which contributed to declining beef demand. In the 1990s, the industry began to push for “value-based marketing”, which aimed to differentiate and value cattle according to quality differences. The result was the development of grid pricing in which a matrix of quality characteristics was applied to a base price to determine fed cattle premiums and discounts. However, both buyers and sellers recognized the transactions costs of continually negotiating these grid sales, and this led quickly to the use of formulas which incorporated the grid matrix and utilized a base price from an external source, usually a publicly reported cash price.

By the late 1990s, these pricing arrangements led to concerns about “captive supplies” (later referred to as Alternative Marketing Arrangements or AMAs) and thinning cash markets. Negotiated cash trades declined in the 2000s from roughly 55 percent to a range of 20 to 25 percent and have remained at this level for the last decade. Fed cattle pricing practices vary regionally, with the lowest negotiated cash trading percent in the TX/OK/NM area and the highest in Nebraska. Concerns about thin markets and price discovery in fed cattle markets have persisted almost since the advent of the AMA era and have grown sharper recently. Industry pressure is growing to raise the proportion of cattle traded by direct negation through some kind of market intervention. Current proposals include government mandates for a fixed percentage of negotiated cash trade for fed cattle.

Thinning markets raise legitimate concerns about the efficiency of price discovery, and current debates about policy interventions in the market are uniformly couched in terms of correcting price discovery problems. Research to date has largely failed to document clear evidence of a problem with price discovery in the fed cattle market. What is clear is that cattle producers have been largely dissatisfied with price outcomes in recent years and perceive that they have been at a significant disadvantage in terms of bargaining position in the market.

Dissatisfaction with below-break-even prices is clearly understandable, and the perception of bargaining disadvantage is not at all inaccurate. However, both of these issues have much more to do with market fundamentals (i.e., price determination) than with deficiencies in price discovery. Most of the beef packing infrastructure in the U.S. was built in the 1980s, and the industry operated for decades with excess packing capacity as cattle numbers declined. Packing capacity has slowly declined over the past 20 years, with several permanent plant closures. The reduction in packing capacity, combined with cyclical herd expansion from 2014 to 2019 has resulted, for the first time in more than 35 years, in a shortage of packing capacity. Estimated steer plus heifer slaughter capacity has been lower than actual slaughter since 2016, which means that slaughter demand has been met by increasing Saturday slaughter and stretching normal operating schedules. This practice has been made more difficult by chronic labor shortages in the sector, made worse by the continuing impacts of COVID-19.

All sectors of the cattle and beef industry have evolved significantly over time. A growing set of beef products are marketed through a vast array of retail grocery, food service and export markets. An expanding set of specialized beef markets is capturing additional product value for branded programs based on grass-fed, natural (defined variably), non-hormone treated, or other attributes or consumer desired production practices. The importance and value of international beef and cattle trade continues to grow and offers the greatest potential for sustained growth in the industry. Beef exports and imports help to optimize the mix of beef products in domestic markets and increase value directly and indirectly. Value-based marketing has provided incentives for cattle producers to increase beef quality over time as indicated by sharply higher Choice and Prime grading percentages and strong beef demand in recent years. On the other hand, little has changed. The adversarial relationship between producers and packers has not improved and is arguably worse than ever. Regional and sectoral differences among cattle producers are sharper and more bitter than ever. Historically, periods of high cattle prices have significantly diminished producer concerns only to see them revived in the course of typical industry dynamics.

The beef/cattle industry has evolved over time to have the characteristics, structure and practices that make up today’s extraordinarily complex industry. Understanding how and why the industry works the way it does is critical in the face of the legislative solutions currently proposed. It is essential that producers, industry leaders and policymakers understand how difficult it is to intervene in complex market systems without producing numerous and detrimental unintended consequences. Overly simplistic, one-size-fits-all legislative solutions to complex problems are almost certain to impede and interrupt the complicated, dynamic market signals and adjustments that coordinate a vast array of cattle and beef markets. The cattle industry has historically strongly embraced market systems. Current legislative proposals represent a significant departure from that market-oriented tradition, and producers and policymakers are advised to proceed with great caution and deliberation before invoking simplistic solutions with great potential for long-term harm to the industry and to consumers.