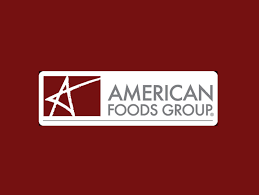 JEFFERSON CITY — A Wisconsin-based company is planning to build a meat processing facility in Warren County next year.

American Foods Group, which has factories in seven other states, said the project would create more than 1,300 jobs and generate $1 billion in economic impact if a final agreement can be brokered.

The facility will be on the south side of Interstate 70 between Wright City and Foristell near the intersection of Veterans Memorial Parkway and Archer Road.

Warren County economic development director Steve Etcher said the company is now moving into the design stage for the factory, which will only process beef.

“We have been selected as the location of preference,” Etcher said.

Gov. Mike Parson, who raises cattle in Polk County, announced the plan, saying the company would potentially invest $450 million in the region west of St. Louis.

“Missouri is able to compete for projects of this magnitude because of our strong agriculture community and business-friendly economy,” Parson said.

The push to bring AFG to Missouri began earlier this year with the Greater Warren County Economic Development Council, the Missouri Partnership, Greater St. Louis Inc. and Warren County working together to put together an incentive package for the company.

“We have been impressed by Warren County and the potential opportunity to become a part of that community,” said AFG Executive Vice President Jim Rathke. “The process will take some time, but we feel very good about what we have seen in Warren County, Missouri.”

AFG processes beef, pork and chicken products at its facilities for use in food-service settings and retail stores. It is among the top five meat processors in the nation.

Missouri Department of Agriculture Director Chris Chinn said the factory will offer more outlets for Missouri farms and ranches to sell their products. Missouri is a top 5 beef producing state.

“All sectors of agriculture will benefit from this important addition to our state,” Chinn said.

Subash Alias, chief executive officer of the Missouri Partnership, said state and local officials worked hard to compete with other states for the project.

“This is an extremely exciting and impactful project for Warren County and the entire state,” Alias said. “Missouri is known for its strengths in agtech and food solutions, and when you combine that with our central location and competitive edge, it makes our state very appealing to leading companies like American Foods Group.”

Warren County Presiding Commissioner Joe Gildehaus said the county will continue to work with the company to craft a final development agreement.