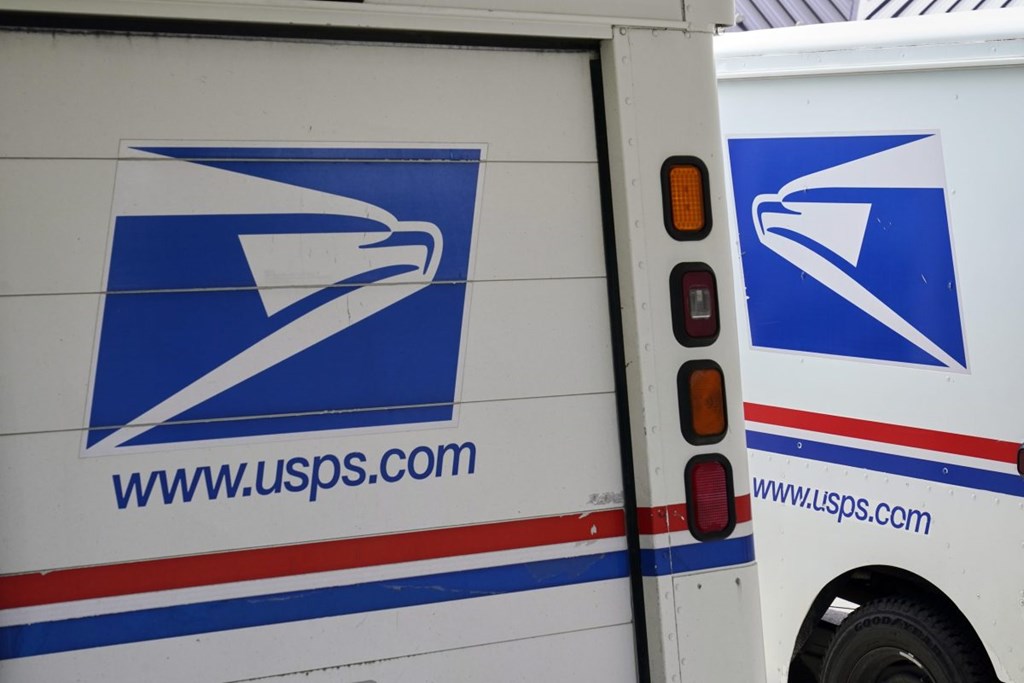 Mail delivery vehicles parked outside a post office in Boys Town, Nebraska. Rural areas often lack services like banks, pharmacies, polling places, and supply stores as well as access to broadband internet and private delivery services. Because of that, residents disproportionately depend on USPS to receive medication, vote, communicate with friends and family, cash checks, and conduct business.

On October 1, the USPS began delaying shipments of first-class mail, including letters, bills, tax documents, and the like. The changes mean that most deliveries that normally took three days now take upwards of five days.

Advocates and researchers who study the postal system continue to worry about the effect the changes will have on rural America. The changes are part of a 10-year plan that is aimed to save the Postal Service millions of dollars.

Asked whether there are any positives to the changes, Shaw told The Daily Yonder in an interview that some may point to the perceived and expected cost savings. But, he added, that is coming at the cost of service to people.

“And I also think those cost savings, it’s a very short-term outlook, where reducing the service might save a few dollars in the short run, although it’s not entirely clear,” he said, adding that the Postal Regulatory Commission reported that many of the savings seemed inflated.

“The purpose of the postal service isn’t to make money,” Shaw said. “It’s not a business. It’s the public service. And so we’re actually moving away from the mission of the Postal Service. That’s a problem that undermines the very reason that it exists.”

He added that democratic public service exists to serve everyone in the country.

“There’s a lot of rural America that would be considered economically inefficient to serve,” he noted. “And so that’s why we have a government agency to do it. And so there’s a lot of people in rural areas that depend on the Postal Service and when it moves in this direction, I think that is a worrisome development for those people.”

“Since then, the Agency has been primarily relying on its customers to submit paperwork by mail so it may process critical workloads,” she said. “We are concerned about how delays at USPS are causing the agency to fall behind with regard to processing mailed applications and requests for Social Security cards.”

Dover noted there tends to be fewer support organizations in rural communities.

“Information via the internet is becoming more and more important,” she said. “We strongly believe that up-to-date and accurate information about Social Security should be available to everyone.”

In comments to the USPS submitted in June about the then-proposed delays, the National Farmers Union said a slow down to first-class mail delivery would be “catastrophic” for family farmers.

The organization said in a press statement that rural areas often lack services like banks, pharmacies, polling places, and supply stores as well as access to broadband internet and private delivery services. Because of that, residents disproportionately depend on USPS to receive medication, vote, communicate with friends and family, cash checks, and conduct business.