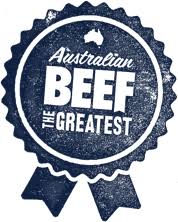 According to Reuters, U.S. food safety officials have blocked a rising number of meat shipments from Australia due to fecal contamination, straining trade relations between the two countries.

Labor and food safety groups attribute the problem to an Australian system that increasingly allows companies to inspect their own meat, replacing government inspectors.

Because U.S. food safety inspectors only physically examine or test a subset of imported meat, according to food industry experts, the rejections suggest that other contaminated shipments may have made it through the United States border.

The US Food Safety and Inspection Service (FSIS) downplayed the rejections data in a statement to Reuters, saying its import inspection process “provides confidence in the safety of product from Australia that enters into U.S. commerce,” while Australia’s Department of Agriculture, Water, and the Environment (DAWE) emphasized that “Australian non-compliances remain very low – both relative to Australia’s total volume of meat and meat products exported, and when compared to competitor trading partners.”

While Australian imports accounted for 18% of the U.S.’s total meat imports in 2019, Australia’s Department of Agriculture, Water, and the Environment (DAWE) is concerned that a continued trend of rejections “could result in the US imposing sanctions, losses in confidence in Australia’s export system, and/or potential losses in market access for the US.”

The uptick in rejected meat shipments highlights potential problems in Australia’s domestic inspection regime, which has been transitioning from a government-run to a company-run system where regulators allow meat companies to substitute their own workers for government employees to inspect carcasses as they moved down the processing line. The change intends to speed up operations and save companies and the government money without undermining quality.

Zach Corrigan, an attorney at Food & Water Watch, a U.S. consumer and environmental advocacy group, called the rejections “further evidence that these semi-privatized inspection systems that allow the companies to inspect their own meat product are ineffective.”