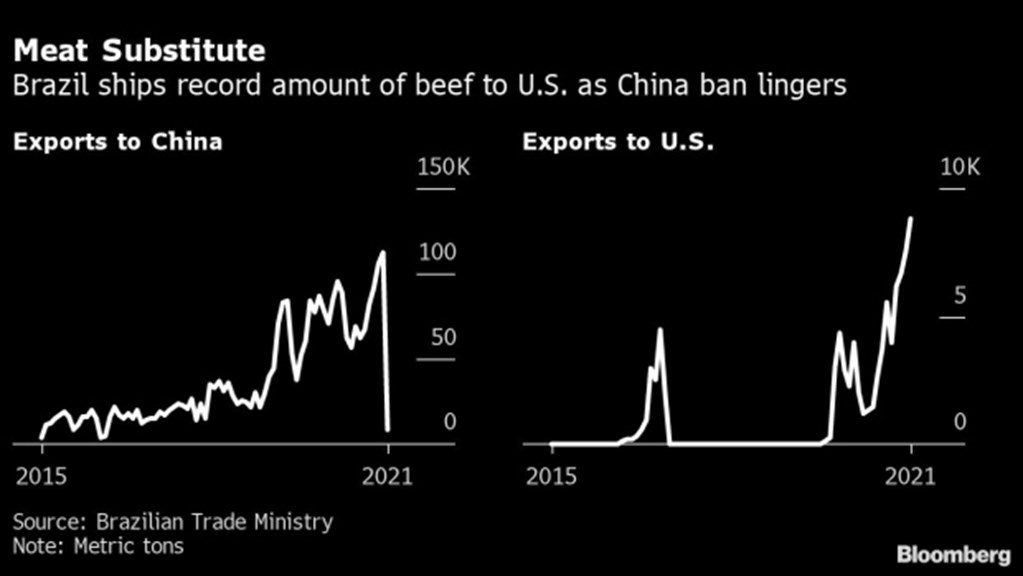 (Bloomberg) -- Brazilian meatpackers shut out of the Chinese beef market are finding some relief at U.S. butcher counters.

Exports of Brazilian beef to the U.S. soared 183% during the first 10 months of this year, according to Economy Ministry figures. Such shipments have been rising for months and the trend intensified after China restricted imports of Brazilian red meat in early September due to two “atypical” cases of mad-cow disease.

While the amount sent to the U.S. is a fraction of the gigantic volumes China normally orders, major Brazilian exporters are pointing to the U.S. as the main alternative market. Consumption in Brazil is weak amid economic distress, while other major meat importers such as Japan and South Korea still aren’t letting in Brazilian beef.

“The U.S. reopening allowed us to take there volumes that would go to China,” Edison Ticle, chief financial officer at Minerva SA, said last week.

Marfrig Global Foods SA, which controls U.S.-based National Beef, said its shipments to the world’s largest economy are rising and there is more to come. The company expects two more of its plants to gain permission to export to the U.S. this year, according to Miguel Gularte, chief executive of the parent company.