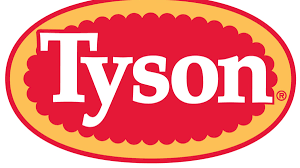 The pandemic made it hard for Tyson to find workers and raised expenses as the company paid for protective equipment and sanitation.

Tyson Foods Inc. reported a jump in sales after sharply raising prices for its beef, chicken and pork, citing growing costs the company said were likely to persist.

The Arkansas-based meat giant lifted prices across all of its major divisions as executives said Tyson’s cost of cattle jumped by one-fifth year over year in the quarter ended Oct. 2. Tyson’s logistics expenses climbed about 30%, they said, while the company also has paid more for ingredients and packaging materials.

“I can’t think of a single thing that has either stayed the same or gone down,” said Donnie King, Tyson’s chief executive, on a Monday conference call with reporters.

Tyson, which produces roughly 1 of every 5 pounds of chicken, beef and pork in the U.S., and other meatpackers have been struggling to keep up with demand from supermarkets and reopening restaurants. A nationwide labor shortage has left many processing plants understaffed, industry officials have said.

Increasing wages and adding new benefits, like Tyson’s recent introduction of a sick leave policy for plant workers, have helped improve staffing, executives said. The efforts also are adding costs at the same time that poor weather has driven up the price of grain, typically the main expense in raising livestock and poultry.

In response, Tyson executives said they are charging food-service and retail customers more for their meat and grocery products.

Over the most recent quarter, Tyson said, the company’s average beef prices rose by nearly one-third compared with last year, while pork prices increased by 38% and chicken about 19%.

“The inflation we incur needs to be passed on,” said Stewart Glendinning, Tyson’s chief financial officer. “Some of the inflation for us has been substantial.”

Tyson’s profit margins also improved, the company said. Operating margins in Tyson’s beef business jumped to 22.9% in the most recent quarter, compared with 9.7% in the same quarter in 2019. Its pork business improved over that period to 4.7% and its prepared-foods operating margins increased to 36.5%, from 4.8% in 2019. Margins in Tyson’s chicken business were negative in the most recent quarter, the company said, as it dealt with labor challenges and problems in its poultry-breeding operations.

Other companies, including consumer products makers and industrial manufacturers, also have reported improved profitability this year as they raised prices in response to inflation. About two-thirds of the largest U.S. publicly traded companies have reported higher margins so far this year compared with the same period in 2019, before the Covid-19 pandemic, according to data from FactSet.

Mr. Glendinning said Tyson would monitor its own costs as it determines what prices to charge customers over the next year. Some of its expenses, such as the cost of ingredients and cattle, track commodity-market movements, while others, like wages, are more fixed, he said. Futures markets currently suggest that grain prices, which have climbed this year, are likely to stay at similar levels in 2022, he said.

Tyson said that some meat production is likely to remain constrained next year, citing U.S. Department of Agriculture forecasts that domestic beef and pork production both are on track to decline by 2%, while chicken production is set to increase slightly.

Consumers are starting to respond to higher meat prices, according to grocery chain operators. Some shoppers are trading down from beef to less-expensive options like pork or chicken, and purchasing more store-brand meat products versus name-brand cuts that tend to cost more, supermarket officials said. Meat industry executives have said private-label products have tended to be more available as major brands struggle with supply chain and labor problems.

Mr. King said Tyson’s staffing levels have improved. Its poultry plants are now fully staffed, the first time that has been the case for Tyson in two years, he said. Tyson in August announced a Covid-19 vaccine mandate for its approximately 120,000 U.S. workers, which he said led to about 96% of the company’s employees being vaccinated as of this month.