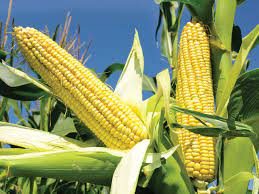 U.S. corn production is projected to be 15,062 million bushels in 2021/22, based on the USDA’s National Agricultural Statistics Service’s (NASS) latest Crop Production report. The forecast raises corn production by 43 million bushels from the October figure. If realized, the current forecast would result in a record national corn yield of 177.0 bushels per acre. Projected total corn use is raised 50-millionbushels to 14,830 million bushels, based on a recent strong pace of ethanol production. The projected season-average farm price for corn is unchanged at $5.45 per bushel.

Corn exports from Argentina got a boost with both increased supplies and competitiveness, supported by the larger shipments through October. Brazilian exports are projected lower based on low October shipments. China’s coarse grain import projections continue to grow, and a raising of Chinese imports for barley and sorghum is expected to provide a bridge to satisfy demand in coarse grain feeding. The U.S corn export forecast is unchanged at about a 33-percent share of global corn trade and 5.6 million tons lower than a year ago, as all major U.S. corn export competitors have the potential (under normal weather conditions) for bumper harvests and high exports later in the year.