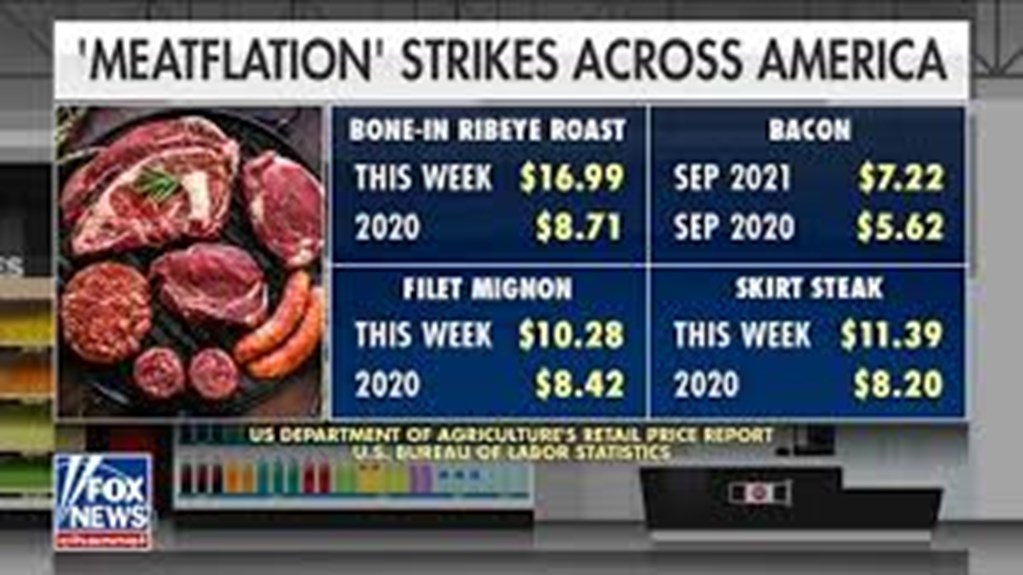 Amid a higher than expected 6.2% increase in consumer prices in October compared to the same month last year, the price of meat, poultry, fish and eggs rose 11.9%, the fastest increase since December 1990, the Bureau of Labor Statistics said Wednesday, with beef prices up 20.1% and pork up 14.1%, adding to concerns that inflation will stick around longer than expected.

Federal Reserve Chair Jerome Powell has repeatedly said that high inflation is “transitory,” blaming supply chain constraints. “Inflation is elevated, largely reflecting factors that are expected to be transitory,” the Federal Reserve said in a statement on the second day of the two-day policy meeting earlier this month. “Supply and demand imbalances related to the pandemic and the reopening of the economy have contributed to sizable price increases in some sectors."

Worker shortages and supply chain constraints have boosted prices across North America. In Canada, prime rib roast prices have skyrocketed 20% over the past year—marking their highest level in more than 25 years, according to Bloomberg. Even the affordable meat options are expected to rise in the coming months. Tyson Foods, Conagra, and Kraft Heinz are reportedly set to charge more for some frozen and refrigerated meat products, such as Ball Park hot dogs and State Fair corn dogs, starting in January, CNN reported.

President Joe Biden announced last month that the Port of Los Angeles would be run 24 hours a day, seven days a week to ease the supply chain bottlenecks. Importers, including Walmart, FedEx and UPS, have said they will use longer operating hours at that port. Powell said at a press conference on November 3 that the central bank would use its “tool to preserve price stability” if it were to “see signs of the path of inflation, or longer-term inflation expectations, was moving materially and persistently beyond levels constant with our goals.”